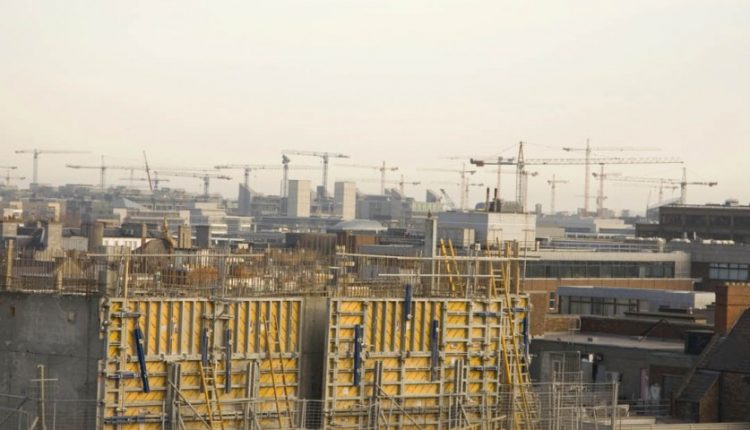 There were 44 construction cranes visible over the centre of Dublin from the seventh floor of The Irish Times building on Tara Street on March 1st.

Just eight of the cranes, however, were located north of the river Liffey – but this is up from five the previous month.

The remaining 36 cranes were concentrated in the south docklands and along the Grand Canal – a rise of seven on the previous month.

With the economy expected to continue its strong recovery this year and a number of significant developments due to enter the construction phase shortly, it’s likely that the number of cranes on the Dublin skyline will increase over the months ago.

The Irish Times will be conducting a crane survey, once a month, to track construction levels in the city.

Continue Reading
457
Share LinkedinTwitterFacebookEmailWhatsApp
Subscribe to our newsletter
Sign up here to get the latest news, updates and special offers delivered directly to your inbox.
You can unsubscribe at any time
Leave a comment