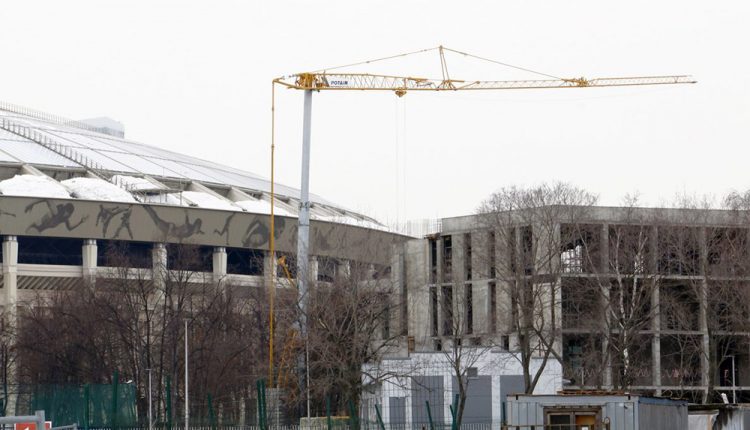 The customer, a crane rental company, chose Potain Hup range because of their high capacity from a small package, height under hook, and versatility.

TOPKRAN-RENT is already familiar with the Potain self-erecting cranes from Manitowoc, having previously purchased several Igo 50 cranes – the biggest model in the Igo range. Like the previous cranes, the Hup range is well-suited to space-restricted job sites, with an added emphasis on providing superior lifting capacity at tall heights, increasing productivity for owners.

Mr. Vitaly Laptev, general director of TOPKRAN-RENT, said: “We chose the Hup cranes because of their high capacity from a relatively small package, and for their height under hook and versatility.”

The state-of-the-art Hup range was launched at bauma in April 2016, following a significant development period. The range was created with total cost of ownership advantages in mind, with increased speed, efficiency and versatility being the focuses of the design.

The Hup 32-27 was the prototype of the exclusive new range. It has a maximum capacity of 4 t while being able to lift 1 t at its jib end of 32 m. In September 2016, this was followed by the Hup 40-30, which has a longer jib end of 40 m. The Hup 40-30 features a telescopic mast for a range of working heights. This design boosts the height under hook attainable by the crane to 25.6 m (84 ft) in its “low position,” and 30 m (98 ft) when extended to its greatest height. The logistics are also improved, as no extra mast is required to install the crane.

Further versatility is delivered with the crane’s luffing jib that offers three positions: horizontal, 10° and 20°. These options give the crane a height under hook range of 20 m (65 ft) to 40 m (131 ft). Shortening or extending the jib is a swift and straightforward operation, with the Hup 40-30 offering convenient configurations for both short and long jib lengths.

Agility on the job site is a key consideration for the new range. The Hup 40-30 has a high-performance slewing radius that allows it to be positioned closer to buildings. With a transport package that is only 14 m (46 ft) long when folded, the Hup 40-30 is easy to move from job site to job site.

TOPKRAN-RENT is a large-scale rental company in Russia for tower cranes, mobile cranes and crawler cranes. It is well-established in Moscow but covers the entire country. Significant projects include helping to build the Fisht Olympic Stadium in Sochi, as well as the 45,000 capacity New Rubin Kazan Stadium in Kazan. Other projects include the construction of the CSKA stadium, the renovation of the Luzhniki stadium, as well as development of the Moscow metro.

Continue Reading
Manitowoc
852
Share LinkedinTwitterFacebookEmailWhatsApp
Subscribe to our newsletter
Sign up here to get the latest news, updates and special offers delivered directly to your inbox.
You can unsubscribe at any time