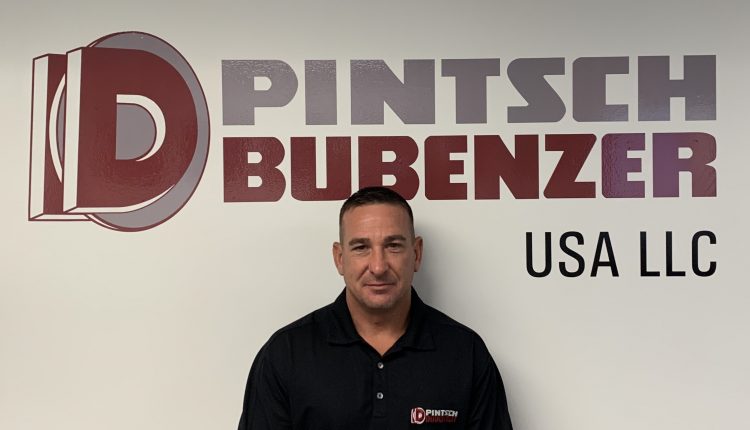 Beagan arrives having spent the past 15 years performing heavy underwater construction on oil and gas projects in the Gulf of Mexico. He had joined the U.S. Marines at 17 and was formally trained as a diesel mechanic before taking on an additional role as an assault mountain climber and later an instructor. Beagan was honorably discharged after eight years as an E-5 sergeant and graduated from commercial diving academy with a specialty in underwater welding and burning. He has worked offshore on various demolition, repair and installation projects since.

“If someone built it to work, I can fix it,” Beagan said. “I was familiar with the company through Sean Sheridan [regional sales manager, ports], who was my former sergeant; we’ve continued to keep in touch. He spoke highly of the equipment and the operation, and the role represented an opportunity for me to work with big equipment. I’m fascinated by hydraulics, brakes and the way heavy equipment works.”

Joel Cox, president at Pintsch Bubenzer USA, said: “Brian’s offshore experience is huge for us; he knows jackup rigs, platforms, cranes and winches inside out. It’s hard to find something that’ll be difficult [for him] to overcome when he’s conquered so much in his life and career to this point. He will no doubt transition and work fluently in the business sectors we serve. In my experience, veterans bring discipline, a sense of camaraderie, organization and a ‘no mountain is too tall’ mentality. I have seen the benefits of this time and again and Brian personifies that spirit.”

Beagan added: “I’m looking forward to using my life and career experiences to be successful in this new role. I say it’s a small world, but an even smaller Gulf of Mexico. I’ll get reacquainted with some old contacts that I’ve met through almost 18 years as a commercial diver, but am equally keen to meet new people and learn about brake applications in sectors like mining that aren’t initially as familiar to me.”

Beagan was raised on a 600-acre Tennessee horse farm in Columbia, Kentucky. He lives in South Louisiana, near New Orleans with his wife of two years, Norma-Jean. In his spare time he enjoys working and tuning his 535 horsepower Mustang, welding, fabricating, fishing with his brother-in-law, and spending time with other family and friends.

Continue Reading
Crane BrakesDisc BrakesDrum Brakes
42
Share LinkedinTwitterFacebookEmailWhatsApp
Subscribe to our newsletter
Sign up here to get the latest news, updates and special offers delivered directly to your inbox.
You can unsubscribe at any time