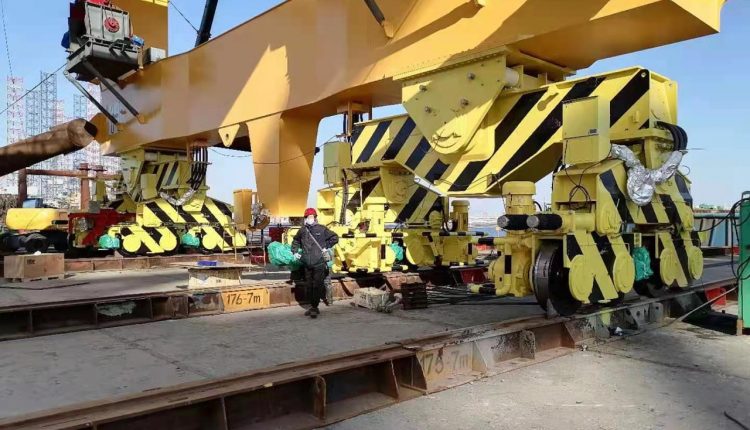 The crane base anti-seismic isolation system (BASIS) is built on nonlinear time history analysis (NLTHA) and can protect the crane main structure from damage even in contingency level earthquakes. BASIS has been successfully installed and commissioned on two cranes that are in a major seismic zone in Turkey. The cranes, installed at Asyaport, have a 100 ft. (30.48m) gantry span, 223 ft. (68m) outreach, 66 ft. (20m) back-reach, and 152 ft. (46.3m) lifting height above the gantry rail.

CPA, which has been utilizing NLTHA for research and engineering projects since 1991, offers a wide variety of heavy-duty industrial services, including procurement, specification, design, manufacturing review, modification, and accident investigation.

Zhang, who has co-authored a white paper on the BASIS concept with Jeffery Hubbell, the head structural engineer at CPA, explained that  ports located in seismic zones and crane manufacturers are both taking note of the system. Typically, he said, the ports specify the seismic requirements, while the crane manufacturers propose the isolation system. The port then makes the final decision on the proposed purchase.

This type of friction damper was used extensively at the Boeing commercial airplane factory in Everett, Washington, about 20 years ago. The same type of dampers were tested on a ship-to-shore (STS) crane in 2020.

STS cranes have historically been designed for 0.2 g’s static horizontal acceleration in major seismic areas. This is adequate for lighter Panamax or Post-Panamax container cranes with a gantry rail gauge less than 80 feet (24m). However, for Super Post-Panamax size or larger cranes with 100 ft. (30m) or wider gantry rail gauge, the crane may be seriously damaged or even collapse in a major earthquake event. These cranes can be subjected to more than 0.6 g’s lateral acceleration in the trolley direction even during a moderate earthquake.

The friction dampers are manufactured by the Canadian company, Quaketek, the restoring device is based on a Conductix-Wampfler buffer, while the mounting base and system assembly are provided by the crane manufacturers. BASIS, which received a Chinese patent in 2018, can thusly be installed on new cranes or as part of a seismic upgrade of existing cranes. To verify the effectiveness of the system for different sizes of quayside cranes, CPA teamed up with Dalian Huarui Heavy Industry Group Co. Ltd. (DHHI) engineers.

Zhang added: “There are alternative crane seismic systems on the market, but BASIS outperforms them. The friction damper does not slip under normal operations, so the structure maintains the same dynamic and static stiffness as a crane without the seismic device. During a hurricane, when the tie-downs are engaged, the seismic system can be locked to prevent the dampers from slipping. We have also developed a special stowage pin assembly that can accommodate the crane movement during an earthquake, even during a microburst or storm wind when there are no tie-downs engaged. Also, the same profile damper can be set at a different sliding force to accommodate various cranes and seismic zones.”

Continue Reading
#cranesCasper Phillips & AssociatesContainer Cranes
259
Share LinkedinTwitterFacebookEmailWhatsApp
Subscribe to our newsletter
Sign up here to get the latest news, updates and special offers delivered directly to your inbox.
You can unsubscribe at any time