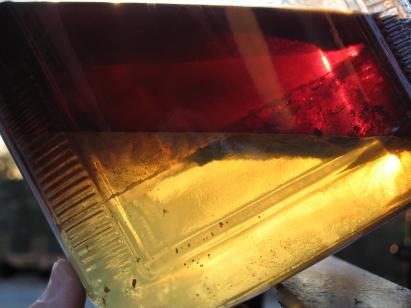 They’re lurking out there in diesel fuel tanks: Small particles of debris, too tiny to see, wearing out fuel injectors; water, lying in wait at the bottom, causing corrosion debris, reducing fuel lubricity, and hosting microbes (fungi and bacteria) that feed on the fuel and form filter-plugging slime and corrosive acids; and, finally, assorted byproducts of the fuel-aging process, including asphaltenes, tar-like substances that agglomerate under engine heat and pressure to plug filters and interfere with combustion.

These hostile elements have always been working against fuel quality and cleanliness, but keeping them under control has never been more important, because as diesel fuel systems have become increasingly refined to meet emissions regulations, they also have become less tolerant of contamination.

“Total machining clearance for a typical fuel injector in a common-rail fuel system today might be just two microns—about the thickness of a single cell of bacteria. Tighter tolerances are needed, because injection pressures are increasing in order to more precisely control combustion. Ten or 15 years ago, pressures were 7,000 to 10,000 psi; today, pressures of 30,000 psi are routine and may be as high as 60,000 psi in the future.”

Ted Polzer, service training coordinator, North American construction products, Case Construction Equipment, says that on-engine fuel filtration has been refined along with the combustion process, with primary filters typically rated at 8 to 10 microns and final filters at 2 to 5 microns. (An average grain of table salt is 100 microns.)

Maintaining a diesel vehicle’s fuel system is fundamental, of course, but the concern for fuel quality and cleanliness really needs to be addressed even before placing the nozzle into the vehicle’s tank. How and where fuel is stored—and the precautions observed when receiving bulk fuel, maintaining it in storage, and dispensing it from storage—are critical issues.

At the risk of preaching to the choir, the basics of on-vehicle maintenance follow: Replace fuel filters at proper intervals with filters meeting the manufacturer’s exact specifications; drain the primary filter (which separates free water from the fuel) as often as required; follow guidelines for periodically draining water from the fuel tank; keep the tank’s debris screen in place; periodically replace the fuel-tank breather; and use the proper grade of fuel for the ambient temperature.

“I’ve seen pine needles drop into a forestry machine’s tank during fueling,” says Schmidt, “just because debris wasn’t brushed away before removing the cap. If portable tanks are used, mount them at an angle on the trailer or truck bed with a drain at the low end to eliminate water. It’s also good practice to keep the pump’s pickup out of the bottom quarter of the tank to avoid possibly drawing up water and debris.”

Kelly Carpenter, manager, customer support engineering for John Deere Power Systems, adds that portable tanks are notorious for being neglected and posing a serious threat to fuel cleanliness in the field.

“Portable tanks often are rusty inside, have broken caps that are open to rain and debris, and have no filter between the tank and nozzle—and the nozzle itself is sometimes sliding around in the back of a pickup, collecting dust and debris.”

According to Howard Chesneau, president, and Ed English, chief chemist, Fuel Quality Services, a company that helps clients with fuel-related machine-operability issues, the diesel fuel a refiner places in the pipeline (most fuel is transported via pipeline in North America) must conform to the ASTM (American Society for Testing and Materials) D975 standard. The standard addresses such parameters as cloud point, water and sediment, viscosity, sulfur, cetane number, and lubricity.

When fuel is pulled from the pipeline at a bulk storage terminal, says Chesneau, it’s tested and tweaked with additives to ensure D975 compliance. Also at the terminal, he says, an oil company might treat the fuel with proprietary additives to provide product differentiation in the marketplace. In some states, says English, the terminal might be required to add biodiesel, a fuel derived from soybean oil or other natural oils. These mandated blends, he says, can contain up to 5 percent biodiesel (B5) without having to be identifed as “biofuel.”

According to Deere’s Schmidt, biofuel blends have relatively short shelf lives, perhaps two to three months, compared with six to 12 months for conventional diesel fuel. The natural substances in the blends encourage faster fuel degradation, he says, because microbial growth accelerates. Says Chesneau, adding biodiesel “is like adding sauce to a good steak to enhance the flavor; the microbes love it.”

Donaldson’s Johnson adds that today’s lower sulfur levels seem also to contribute to increased microbial activity in all diesel fuels: “If there’s water in the tank, especially free water, there will be a bacterial problem. When sulfur levels were higher, diesel fuel tended to be more stable—maybe it was partly because sulfur was killing the bacteria.”

“The best advice we can give customers about fuel cleanliness,” says Case’s Polzer, “is to turn over fuel as frequently as possible to minimize moisture problems and microbial growth. Using the smallest tank practical helps ensure frequent turnover; the fresher the fuel, the fewer the contamination problems.”

Polzer also advises storing bulk fuel inside, if possible, to avoid temperature extremes that cause condensation. Also keep tanks out of direct sunlight if possible, he says, again to minimize condensation and microbial growth.

Deere’s Schmidt offers another fundamental caution when storing diesel fuel: “Stay away from galvanized tanks.” Evidence indicates that diesel fuel reacts with zinc and zinc alloys to form unstable compounds that can deposit on the working surfaces of an engine, causing rough running and low power.

From a broader perspective, says Chesneau, the cleanliness of fuel must start at the inlet to the storage tank.

“It’s never made sense to me,” he says, “that fleet owners would place loose filters on their ground systems—or worse, not filter either the intake or output of the ground system—and yet rely on the super-tight filters on rolling stock to do the job.”

Donaldson’s Johnson agrees: “We highly recommended that fleet owners filter fuel when it’s received into a storage tank. If a problem is encountered with the fuel blocking filters at that point, at least it’s not going to block filters on equipment—or jeopardize the product already in the tank.”

All of this begs the question, of course, about checking the quality and cleanliness of fuel when it’s delivered, since it was likely stored at the refinery, traveled the pipeline, stored at the terminal, then loaded into the delivery tanker—lots of places to pick up contamination. The reality is, however, that the delivery window is small and allows little time for analysis. Although quick tests are available for checking some aspects of fuel quality, such as the presence of microbial infestation, the consensus seems to be that these tests fall short of providing a timely, complete picture.

“The problem with quick and easy analysis of fuel systems,” says Chesneau, “and even with the more detailed analysis of fuel, is that they don’t answer all the questions; there’s no silver bullet for all of this.”

When fuel is delivered, Chesneau advises placing a sample in a clean white or clear container. The sample should be “clear and bright,” he says, not hazy nor with any floating debris.

Deere’s Schmidt also reminds fleet owners to check the certificate of analysis for the fuel, a document attesting that it meets ASTM standards. Among other information, the document provides a formulation date, says Schmidt, which could be an issue with aging biofuel blends.

Assuming that storage tanks have been installed on a gradient to allow water to collect at the low end for removal, Donaldson’s Johnson suggests that the cleanliness goal for fuel entering and leaving the storage tank should be—according to ISO 4406 contamination codes—14/13/11, a rating basically required by fuel-injection systems today. (The three numbers are codes classifying the number of particles that are 4 microns and larger, 6 microns and larger, and 14 microns and larger.) Diesel fuel typically might arrive, says Johnson, at 22/21/18.

Achieving that level of cleanliness depends on the filters selected, which can now be rated at 4 microns for bulk applications, says Johnson, and the flow rate becomes a function of the number of parallel filters used. This level of filtration for bulk applications was not available even three years ago, he says, and was developed as the industry recognized the need for super-clean fuel.

“In the past,” says Johnson, “fuel typically was filtered only when discharged from the bulk tank during machine fueling. But the longer you can keep flow at a steady rate through the filters—as when unloading 5,000 or 10,000 gallons into the bulk tank—generally the better filtration results. Flow is always interrupted when fueling machines.”

Once in storage, a primary goal is to keep water out of the tank, which is faciliated by a desiccant breather, which removes moisture and airborne debris from air drawn into the tank as product is removed. Also available are proprietary drying systems, such as the Donaldson Active Reservoir Vent, which blankets fuel with dry air to remove free and emulsified water.

Two other items about diesel fuel cleanliness and quality, each a discussion in itself, should be at least mentioned: tank cleaning and the use of additives in bulk fuel.

On the former subject, a number of proprietary systems (and services) are available for cleaning small to moderately sized tanks (both storage and on-vehicle). Most of these systems are based on a process that circulates the tank’s contents through a series of filters, perhaps first removing the mass of water and sludge at the bottom of the tank before initiating the filtering or  “polishing” phase.

Chesneau, who began his carrer in fuel-quality management by “mucking out tanks,” says that cleaning a tank properly is difficult, and he cautions fleet owners to evaluate the claims for cleaning equipment and services. Cleaning generally is required, he says, when contamination levels reach an unacceptable level, such as plugging filters at an “alarming rate,” or when mandated by governmental regulation in some industries.

Concerning the treatment of bulk fuel with additives, engine and equipment makers generally agree that using a biocide to control microbial growth is good practice, and some advise treatment twice yearly. Some biocides, such as Microbicide from Cummins Filtration, are designed as a “dual phase fuel preservative that concentrates in the water phase and partitions in the fuel phase,” a characteristic that helps keeps the additive at the water/fuel interface, where microbial growth occurs.

Debate about the necessity to treat bulk fuel with a multipurpose fuel additive, however, swings between extremes, some engine manufacturers saying that additives are not required, others encouraging the routine use of these products to improve fuel stability, clean injectors, and improve fuel lubricity—among other benefits. When we asked Cummins Filtration what the use of a high-quality, multipurpose additive, such as the company’s Asphaltene Conditioner, might contribute to the overall cost of a gallon of ULSD, the estimate was “between 2 and 5 cents, depending on the end-user price.”

It’s best to consult with the manufacturers of your equipment and engines about using additives, especially if fuel-related problems are being encountered.

Continue Reading
785
Share LinkedinTwitterFacebookEmailWhatsApp
Subscribe to our newsletter
Sign up here to get the latest news, updates and special offers delivered directly to your inbox.
You can unsubscribe at any time
Leave a comment