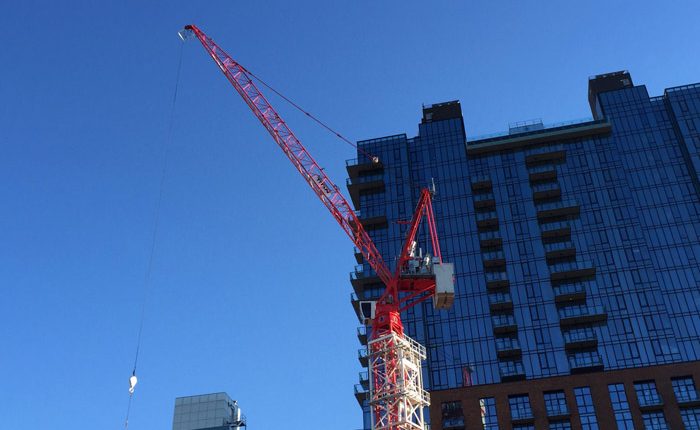 Empire Crane Co. accepted a purchase contract for a Wolffkran 355B from Titan Crane & Rigging during Bauma.

This is the third Wolffkran tower crane purchased by Titan, of Staten Island, N.Y. Empire became an authorized Wolffkran dealer for the United States in early 2015.

Titan currently has two other 355B models working in the New York City area, both purchased from Empire Crane. The third tower crane will also be utilized for construction projects in metro New York. This is the ideal tower crane for utilization in the city, as it is City Cranes & Derricks-approved and ANSI B30.3-2012-compliant.

With 197 ft. of luffing boom, the 355B is suited for concrete and general construction work. It offers 951 fpm line speed in addition to Wolff Boost Function, allowing a 10% increase in load-carrying capacity. These features, along with the multiple tower combinations, offer ideal free-standing heights.

Continue Reading
Wolffkran
452
Share LinkedinTwitterFacebookEmailWhatsApp
Subscribe to our newsletter
Sign up here to get the latest news, updates and special offers delivered directly to your inbox.
You can unsubscribe at any time
Leave a comment