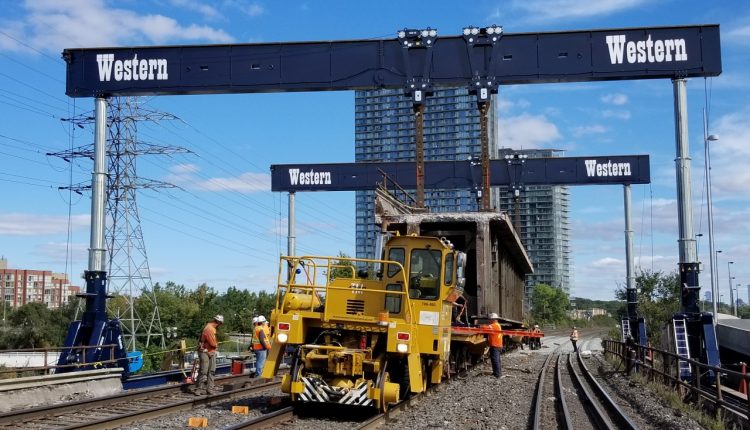 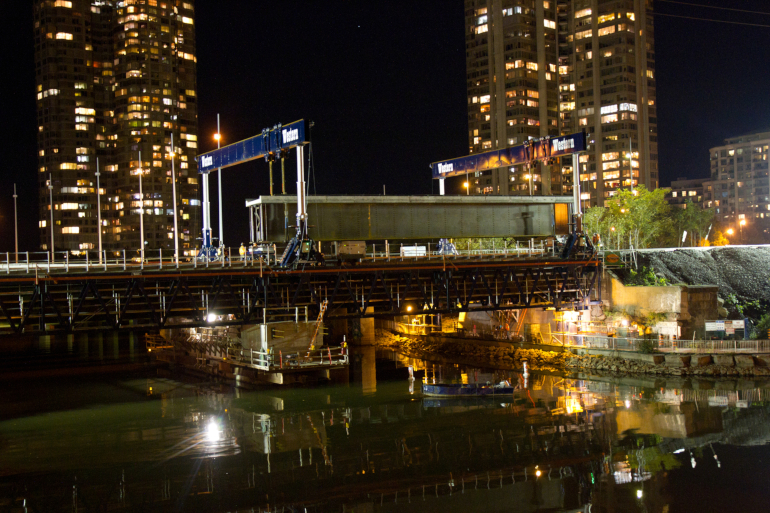 Constructed in 1911, the Humber River four-track railway bridge comprises steel plate girders spanning a concrete substructure. Two bridge spans are carried by a central stone pier and abutments. Over time the bridge had settled about 800 mm so a second helper pier had been installed to help support the bridge some 75 years ago. The construction of the bridge as two spans per rail line meant that a single span could be changed during a single 50 hour weekend work block. Each span section weighed 400 ton and was 100 ft long, 12-17 ft wide and 9 ft high.

Western Mechanical opted to use its new Enerpac SBL1100 telescopic hydraulic gantry rather than a crane for the project. “The gantry is ideal for this type of heavy lift where you are handling a long heavy structure. Using a crane would have been expensive especially since all work on the bridge was carried out over eight weekends,” says Rob Doucet, project manager for the Heavy Lift Division of Western Mechanical.

Western Mechanical’s challenge was to lift the old bridge span clear of the bridge and then install the new span without placing any excessive load on the partly deconstructed bridge. To achieve this, the company installed its deep truss gantry track system running parallel to the bridge and on either side, but independent of the bridge itself. This approach relied on using a gantry header beam that was wider than the width of the bridge.

“We needed a header beam 24 meters in length, which is far longer than we’ve used on past project lifts. Working with Western Mechanical’s engineering department, Enerpac provided full engineering support enabling us to confidently proceed with our lift strategy. Given the length of the header beam and load distribution Enerpac recommended a wider header beam and modifications to the swivel interface where the header beam rests on the top of each gantry leg,” notes Rob Doucet.

With the gantry in place, Western Mechanical could begin the job of removing the span sections. In selecting the Enerpac SBL1100 gantry system for this lift, Western Mechanical maximised the freedom of movement offered by the telescopic gantry comments Doucet again, “The telescopic legs meant we had the vertical movement to lift the span section clear of the bridge itself. The gantry’s independent track system running the length of the bridge gave us east-to-west movement parallel to the bridge providing us the ability to utilize Enerpac’s independent motorised gantry leg rollers saving time to reset for the next adjacent span lift. An integral component to the system was the Enerpac header beam and powered side shift beam traveller units. With a 1500 kN capacity these units allowed us to move the lifted span from north-to-south perpendicular to the tracks and onto awaiting rail flatcars to be loaded out to the demolition yard. The process was reversed for installing the new spans.”

Using the SBL1100 gantry system provided many advantages over traditional cranes. The primary advantage was the controlled movement in the x, y, and z axes, all while being controlled from Enerpac’s body-worn, RF (radio frequency) remote pendent and information centre providing operators with real time load-weight and position during the entire lift process.

Another advantage was the modularity of the lifting system. Enerpac’s gantry components could be easily transported by rail to site and their lightweight enabled the use of a smaller crane for assembly. All gantry operations were controlled using the lifting system’s wireless controller, allowing the operator unrestricted views and automatic synchronization for lifting/lowering and traveling. An important safety feature was the ability to mechanically lock the header beam and gantry legs in place, allowing rail clearance for train traffic to flow beneath during the week. 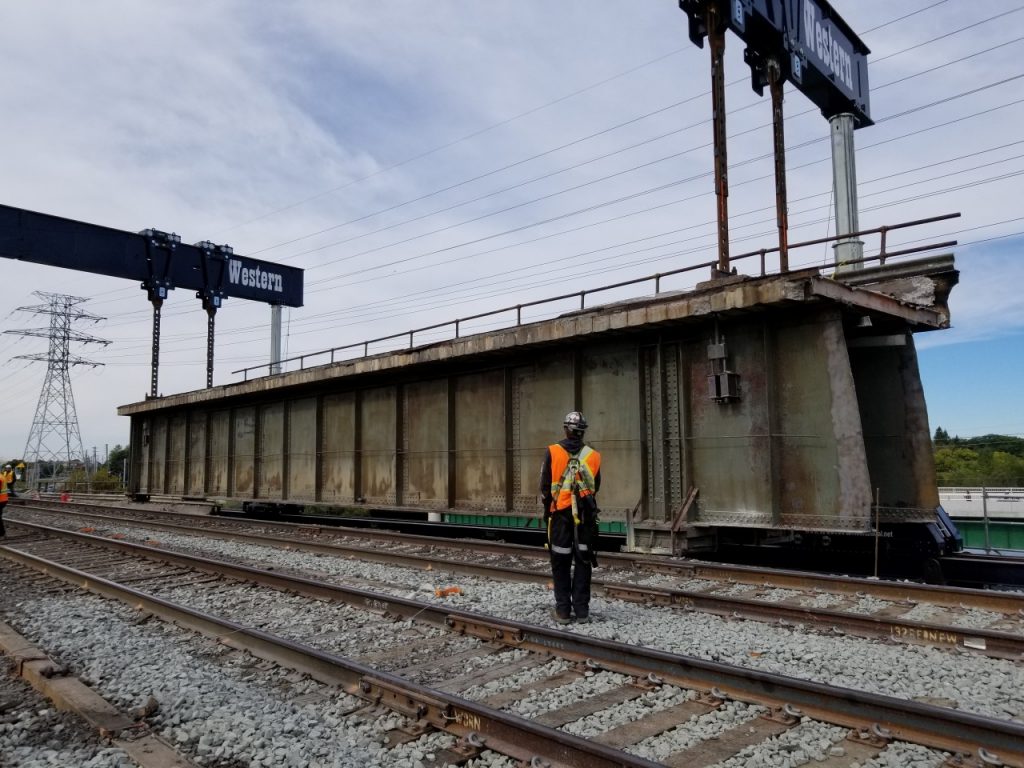 Western Mechanical completed the Humber River railroad bridge project over the allotted 8 50-hour weekend work blocks. It was allowed 26 of the 50 hours during the work block to perform their scope of work. Including Enerpac as an integral team member on this project and Western’s decision to use the SBL1100 system was the right choice, allowing Western to finish all of the major weekend work blocks safely ahead of schedule. By the end of the project, Western able to set a new record for completing their scope of work in just 21 hours.

By adding the Enerpac’s SBL1100 to Western Mechanical’s fleet of equipment, Western will continue to realize improvements to project cost, safety, reliability and be capable of heavier and larger gantry lifts than before.

For more information on Enerpac and its range of hydraulic gantries, visit www.enerpac.com.

Continue Reading
enerpac
190
Share LinkedinTwitterFacebookEmailWhatsApp
Subscribe to our newsletter
Sign up here to get the latest news, updates and special offers delivered directly to your inbox.
You can unsubscribe at any time