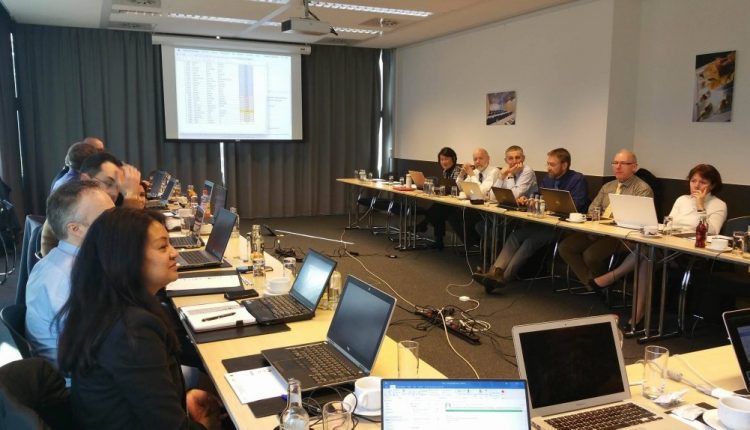 The construction equipment sector saw a single-digit decline (-2.5%) in 2015, primarily attributable to the market situation in Russia. Overall, however, there were encouraging signs of improvements in machinery demand. Building construction equipment performed better than civil engineering equipment, earthmoving and road construction machinery. These are the main findings of the CECE Annual Economic Report 2016, published today.

Performance in 2015
The growth of the European construction equipment sector seen in 2014 could not be sustained in 2015: sales in Europe declined slightly by a moderate 2.5%. However, “what looks like bad news needs to be interpreted carefully”, said Sebastian Popp, economic expert at CECE. Within Europe, market developments were highly diverse, a phenomenon which is apparent even in the large volume markets.

„We saw growth of almost 40% in Italy, but also declines of 25% in France“, said Popp. “France had a very bad year, but showed clear signs of stabilisation towards the last quarter.” Central and Eastern European countries and Southern Europe were the pillars of growth, though from very different start points. Germany, the UK, and the Nordic Countries remained the anchors of stability.

The continued free fall in the Russian market was a decisive factor distorting the overall market statistics. In fact, sales in Europe excluding Russia saw growth of 3.5%, ranking Europe without Russia in the top three performing regions in the world in 2015, behind only the Middle East and India.

In an environment that lacked any clear drivers of growth, and against a backdrop of declining world equipment sales (-11%), Europe should be seen as a positive example. What remains notable, is that the European construction equipment sector is an exporting industry. Even with declining worldwide sales, exports from Europe to the world grew slightly (by 4% in the first 10 months of the year).

Outlook 2016
The CECE Barometer, the most relevant leading indicator for the construction equipment industry in Europe, grew significantly in the last quarter of 2015 and the first quarter of 2016. The index is clearly in a positive zone, which suggests a positive first half of the year when it comes to equipment sales.

Looking at the European market in 2016, it seems most likely that the recovery in Southern Europe will continue, particularly in Italy and Spain. Fuelled by infrastructure investments, Central and Eastern Europe should continue its growth. France could win back a portion of what was lost in 2015. The high volume markets like Germany, the UK, Nordic countries, Benelux, and Austria and Switzerland are not expected to see further growth, but a slump isn’t expected either.

Turkey has the potential to further accelerate growth, but political issues could limit investment activity. However, no significant change is anticipated for Russia. Overall, this translates into a modest single-digit growth rate as the most realistic scenario for sales in Europe.

About the Report
The CECE Annual Economic Report contains sections on the macro economic situation, the performance of the construction sector, the main markets and main segments of the European construction equipment industry and – for the first time this year – a section on the mining industry, reflecting its impact on machinery sales. The full report with detailed figures and graphs can be viewed and download here.

Continue Reading
582
Share LinkedinTwitterFacebookEmailWhatsApp
Subscribe to our newsletter
Sign up here to get the latest news, updates and special offers delivered directly to your inbox.
You can unsubscribe at any time
Leave a comment