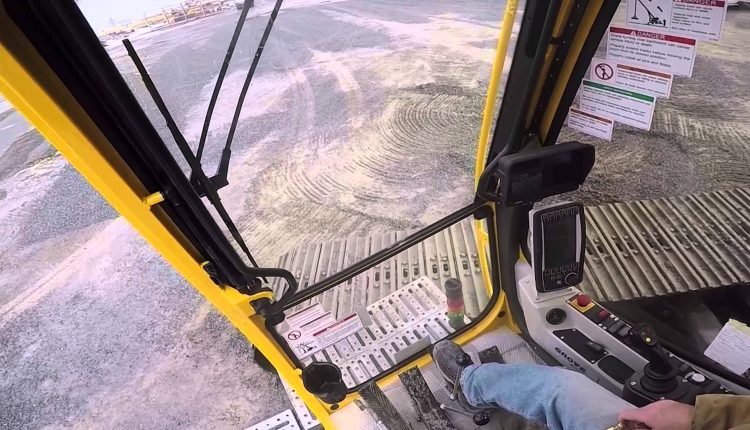 If you are traveling on the East-West Line (EWL) between Chinese Gardens and Lakeside station, don’t be alarmed if you see a hulking steel structure towering over the train tracks.

Train operator SMRT has deployed fixed gantry cranes to speed up its works along the tracks, which includes the replacement of rail sleepers.

There are currently two such cranes at work sites near Chinese Gardens and Pasir Ris, and this is the first time they have been built over train viaducts here.

“Everything is really quite new, the first time in Singapore. So everything we are doing here is quite monumental. We are learning as we go,” said SMRT’s project director for track infrastructure Roger Lim during a media preview at the Chinese Gardens site early Friday morning (5 Feb).

Track Renewal Progress
Lim said one third of the 92,000 sleeper replacements for the EWL have already been completed, following a similar effort along the North-South Line (NSL) last April, when 96,000 timber sleepers were replaced.

As part of its track renewal plan for both the EWL and the NSL, SMRT is also aiming to replace its third rail system, which provides electricity to the tracks, and its signalling system.

“I think learning from the experience in the North-South Line, we applied some of the lessons learned to the East-West Line. One point especially, is how to bring the RRV (Road Rail Vehicle) up the viaduct, because that will actually help us to create another workfront, help us to expedite the work,” Lim, 47, said.

Able to lift up to 40 tonnes, the gantry cranes allow SMRT to hoist these RRVs, which are specialised engineering vehicles used to replace timber sleepers with longer-lasting concrete ones, directly onto the train track.

Previously, RRVs could only be deployed through ground-level sites at Kallang and Redhill, as well as Ulu Pandan and Changi Depots.

The gantry cranes provides SMRT with more access points to the track and saves its engineering teams up to an hour of travelling time, which is extremely valuable given that they can only work just three hours each night, between 1.30am to 4.30am.

For example, to replace sleepers in the Boon Lay area, an RRV only needs to travel 8km to and from the Chinese Garden launching site, compared to 16km from the nearest ground access point at Ulu Pandan.

Safety First
The gantry cranes, which weigh about 74 tonnes and are about 20m tall, each take about four weeks to set-up.

For the gantry cranes to become fully operational, six weeks of extensive tests have to be completed. Daily, weekly and monthly checks are also conducted once it goes live.

Mark Poole, head of the rail division at Gammon Construction, SMRT’s contractor for its sleeper replacement programme, said the team at Pasir Ris have undergone at least 20 dry runs to familiarise themselves with the procedures and emergency drills.

He said there are a myriad of fail-safe measures in place, such as backup generators, as well as a manual recovery system to clear the tracks in the worst-case scenario.

“The two things that are the most important are making sure the railway is working… The railway has work at 5.20 in the morning. And the second one is it has to work safely,” Poole, 41, added.

The crane at Paris Ris has been operational since January this year, while the one at Chinese Gardens will be fully functional by 14 February.

The launch of the Chinese Gardens crane will also coincide with the second phase of SMRT’s early closure initiative, which Lim said has helped improve productivity by about 25 per cent.

From mid-February to the end of August, stations between Pasir Ris and Tanah Merah, as well as between Joo Koon and Jurong East, will close half an hour earlier from Sundays to Thursdays, except on the eve of public holidays.

The replacement of sleepers is expected to end early 2017 and the gantry cranes are expected to be dismantled by 31 December 2016.

Continue Reading
542
Share LinkedinTwitterFacebookEmailWhatsApp
Subscribe to our newsletter
Sign up here to get the latest news, updates and special offers delivered directly to your inbox.
You can unsubscribe at any time
Leave a comment