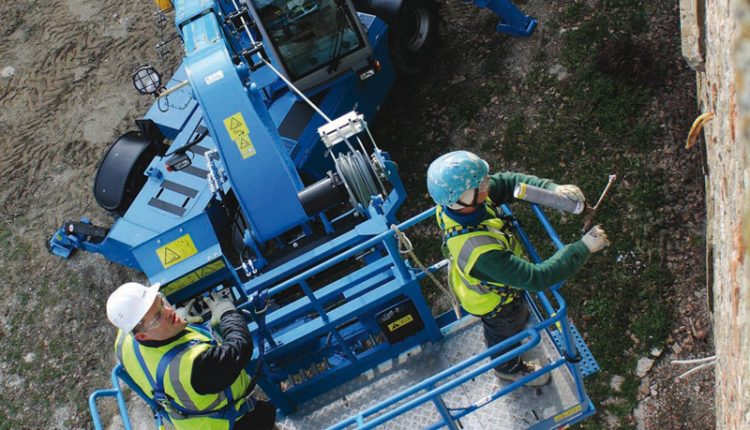 A Qatari rental firm will become the region’s first owner of a Genie-branded telehandler, following the delivery of a GTH-5021 R rotator model.

The sale marks the beginning of the manufacturer’s new-line roll-out in the Middle East, with additional deliveries slated for the coming months.
“This unit was purchased by a rental operator [in Qatar,]” explained Sharbel Kordahi, general manager of Genie’s parent company, Terex Aerial Work Platforms, in the Middle East.
“What’s more, we have other orders in the pipeline. There are deliveries slated for Saudi Arabia in May, and at the end of June, we expect to send a further two telehandlers to the Kingdom. These will all be rotator machines,” he revealed.

Kordahi contends that the rotator models represent a key weapon in Genie’s battle to secure a meaningful slice of the Middle East’s lucrative – but competitive – telehandler market.

“All of a sudden, we’ve noticed that customers in this region are paying particular attention to the rotator segment, which was never the case historically,” he pointed out.

“The Middle East has always been a fixed-telehandler market; very traditional. Now, we see more and more end users talking about rotator units, and about the benefits that these models have to offer. This is good news for us because it means we’re not so much in direct competition with major players like JCB, Caterpillar, and Bobcat,” added Kordahi.

Genie will introduce six models to the Middle East during the initial phase of its line roll-out, ranging from a 2.5-tonne capacity 6m-reach telehandler, to a five-tonne capacity 21m-reach rotating mini-crane. All of the models have undergone extensive testing, according to Kordahi.

“Every single unit from the range went through 300 hours of field-simulation testing,” he told PMV.

“Basically, we have taken every possible measure to ensure that the machines meet the high quality standards upon which the Genie brand prides itself,” Kordahi concluded.

Continue Reading
Terex Corporation
323
Share LinkedinTwitterFacebookEmailWhatsApp
Subscribe to our newsletter
Sign up here to get the latest news, updates and special offers delivered directly to your inbox.
You can unsubscribe at any time
Leave a comment