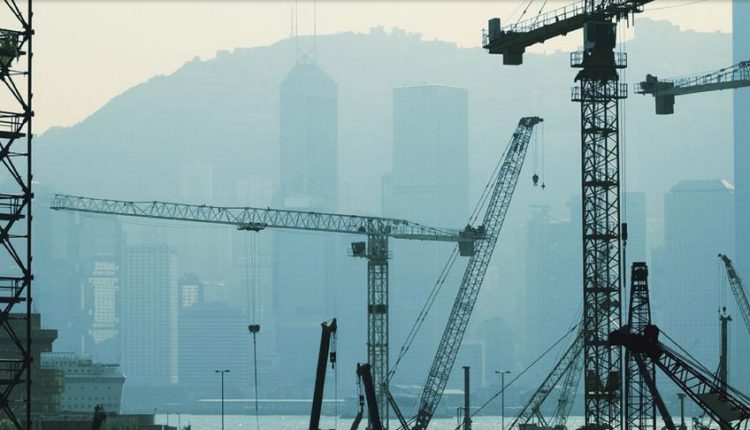 According to the latest market study by Technavio the global mobile crane market is predicted to record over USD 43 billion in revenue by 2019, growing at a CAGR of close to 7%.

In this report, Technavio covers the present scenario and growth prospects of the global mobile crane market for 2015-2019. The market size has been calculated based on the total revenue generated from the consumption of mobile cranes globally. Market predictions are based on investments in the construction sector.

The global mobile crane market is also segmented into the following regions:

“In 2015, APAC emerged as the largest region for the mobile crane market with over USD 14 billion in revenues. The construction industry in APAC is witnessing high growth with countries such as China, India, Japan, Singapore, and Malaysia having earmarked on large-scale investments in urban infrastructure projects,” said Technavio lead construction equipment research analyst, Soumya M.

“Governments of China and India in particular are focusing more on the development of smart cities which in turn is boosting the demand for mobile cranes in the region. Technavio estimates the mobile crane market in APAC to reach around USD 20 billion by 2019,” said Soumya.

Kobelco and TADANO are some of the leading vendors headquartered in APAC. Some of the other prominent vendors driving the growth of the global mobile crane market are Liebherr, Terex, Escorts Construction, Furukawa UNIC, Guangxi LiuGong Machinery, Hitachi Construction, KATO Works, Konecranes, Komatsu, Manitowoc, Sany , XCMG, and Zoomlion Heavy Industry.

Ask for a sample of this report: bit.ly/1kRuKRS

EMEA was the second leading region in the global mobile crane market in 2015. The market is driven by the growth in the construction industry in MEA and a revival of construction activities in Europe.

Nigeria, South Africa, and Egypt are also envisaged to become attractive hubs for foreign investments in infrastructure development over the next four years. In June 2015, the Egyptian government signed a deal worth over USD 5 billion with Siemens for the development of wind and gas power plants. Many similar projects in the MEA region will buoy the demand for mobile cranes during the forecast period.

Growth of mobile cranes in Americas

The mobile crane market in the Americas was valued at close to USD 6 billion in 2014 and is the third leading region in the global crane market. The largest demand for mobile cranes comes from North America owing to sustained investments in infrastructure developments.

Infrastructure projects in the US, Brazil, and Canada are likely to drive the demand for mobile cranes in the region in the next four years. In addition, the mobile cranes market in the Americas is witnessing investments into the reconstruction of existing infrastructure in these countries. For instance, in early 2015, the Government of Canada earmarked over USD 4 billion for infrastructure spending, part of which will be invested in reconstruction activities, reports Technavio’s analysis. Growth in the equipment rental industry is also expected to significantly contribute to the growth of the mobile crane market in Americas until 2019, notes Technavio’s research analyst, Sowmya.

Continue Reading
HitachiKobelcoKonecranes
530
Share LinkedinTwitterFacebookEmailWhatsApp
Subscribe to our newsletter
Sign up here to get the latest news, updates and special offers delivered directly to your inbox.
You can unsubscribe at any time
Leave a comment