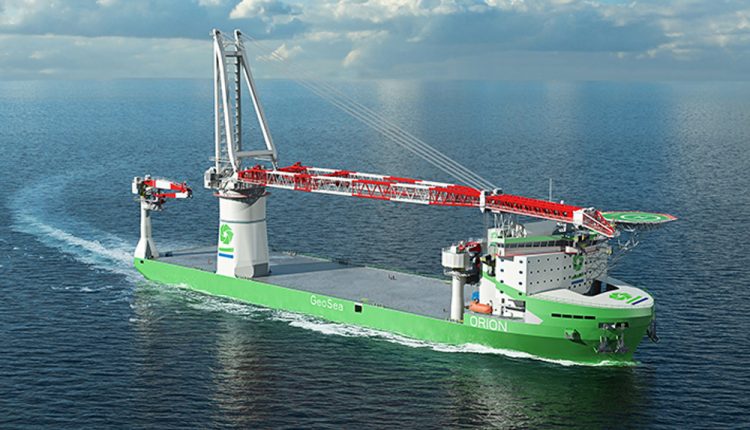 Liebherr achieves the highest turnover in the Group’s history

In 2017, the Liebherr Group achieved the highest turnover in the Group’s history, with total sales of € 9,845 million. Compared to the previous year, the family-run company increased its revenue by 9.3%. The Group is expecting further sales growth for 2018.

In the construction machinery and mining segments, as well as in other product areas, Liebherr recorded an increase in turnover. Sales of construction machinery and mining equipment rose by 14.5% to € 6,182 million. In the Maritime Cranes, Aerospace and Transportation Systems, Machine Tools and Automation Systems, Domestic Appliances, Components as well as Hotels divisions overall turnover was up by 1.5% to € 3,663 million compared with the previous year.

In Western Europe, Liebherr‘s most important sales region, turnover increased significantly. The key markets Germany and France showed particularly strong growth. Sales performance in Eastern Europe, particularly in Russia, was encouraging. In the Far East / Australia and America, revenues were also above the previous year’s level. The Near and Middle East and Africa, however, recorded a fall.

The Liebherr Group posted a net result of € 331 million for the year. Compared to the previous year, this represents an increase of € 33 million or 11.1%. In the reporting year, there was a significant improvement in the operating result. Following the positive effects of currency movements in the previous year, the financial result, on the other hand, fell sharply.

More employees with constantly high investments
2017 saw a further increase in the workforce of the Liebherr Group. A total of 1,561 new jobs were created. The Liebherr Group had 43,869 employees worldwide at the end of the year. The company maintained its investment rate at a constantly high level. Overall the Group invested € 749 million, a slight decrease of 0.3%. Offset against this was depreciation of € 485 million. The Group makes regular investments in its production sites, sales and service networks, as well as the rental fleet. Liebherr set up new facilities in Aurangabad (India), in Rognac in the south of France and in the Kuzbass region in Russia. Further substantial investments have been made in expanding sites in southern Germany at the Biberach, Ochsenhausen and Oberopfingen sites.

Further sales growth expected
The Liebherr Group expects a further increase in turnover for 2018. Liebherr anticipates growth in the construction machinery and mining segments, as well as in the other product areas. Appreciable gains are forecast in the Mining, Concrete Technology, Machine Tools and Automation Systems and Earthmoving divisions. This is clear from the order book for 2018, which is already looking very good.

Research and development: Substantial progress made
Important issues across the wide range of products and services include increasing energy efficiency, networking, automation and lightweight product design. As the current financial report of the Group documents, substantial progress was made here in the past year in all product divisions. For example, in the aviation field Liebherr is conducting research into fully electric components for the aircraft of the future. The first system demonstrators for fully electric air-conditioning and de-icing systems were developed in 2017. Another important project in 2017 was the development of the HLC 295000 heavy duty crane. This heavy-lift crane, with a load capacity of 5,000 tonnes and a maximum lifting height of more than 170 metres, will be the largest crane Liebherr has ever developed. It is intended for use in the installation of wind farms, in the decommissioning of offshore installations and in the oil and gas sector.

The Liebherr Group publishes its current financial report on Thursday, 12 April 2018. In addition to detailed figures, it also contains a detailed magazine part that looks back on the past financial year. In an interview, Dr. h.c. Dipl.-Kfm. Isolde Liebherr and Dr. h.c. Dipl.-Ing. (ETH) Willi Liebherr, the second-generation family shareholders, give their summary for 2017. The financial report of the Liebherr Group can be found at www.liebherr.com/annual-report.

Continue Reading
Liebherr-Werk Biberach GmbH
1,493
Share LinkedinTwitterFacebookEmailWhatsApp
Subscribe to our newsletter
Sign up here to get the latest news, updates and special offers delivered directly to your inbox.
You can unsubscribe at any time