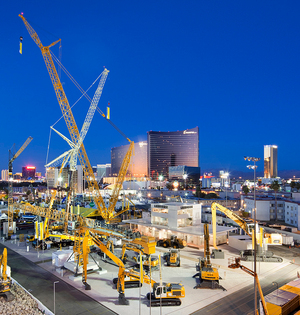 The Liebherr Group was able to increase its turnover in the 2011 financial year by 747.0 million euros or 9.8% to 8,334.0 million euros. Once again, almost all the Group’s divisions contributed to this growth. Turnover from construction machinery and mining equipment recorded an above-average increase. In these product areas Liebherr boosted turnover by 642.4 million euros or 13.5% to a total of 5,386.6 million euros. The proportion of the Group’s total turnover accounted for by these areas rose from 62.5% to 64.6%.

The investment total increased by 125.0 million euros or 23.0% to 669.1 million euros. These funds were devoted to the construction of new production facilities, the modernisation of existing ones and the expansion of the sales and service network.

The growth of the Liebherr Group led to a distinct increase in the workforce during the year under review. At the end of 2011 Liebherr employed 35,333 people worldwide. In total, Liebherr created 2,354 new jobs.

The Liebherr Group will also maintain its course for growth in 2012. Increases are realistic in all divisions. The Group anticipates an increase in total turnover in the order of 10 %. The current view is that an improved result is possible in comparison to the previous year.

The complete Liebherr annual report 2011 is available online as a PDF download or as an eBook.

Continue Reading
featuredLiebherr-Werk Biberach GmbH
482
Share LinkedinTwitterFacebookEmailWhatsApp
Subscribe to our newsletter
Sign up here to get the latest news, updates and special offers delivered directly to your inbox.
You can unsubscribe at any time
Leave a comment