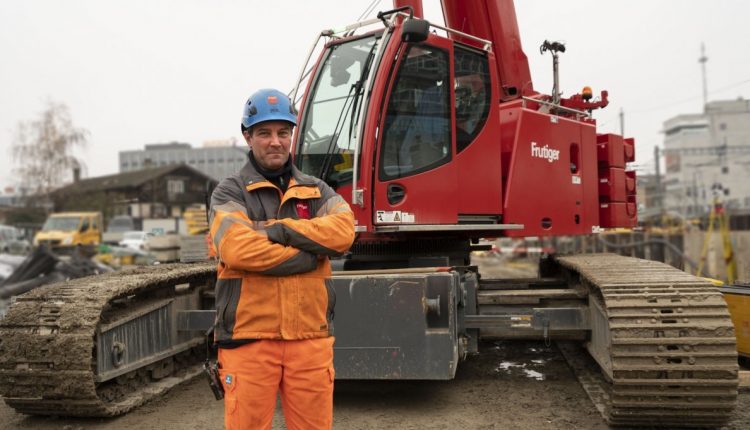 Liebherr LTR 1060 in flexible action on a site measuring 1.2 km

An ambitious infrastructure project has been ongoing in Berne, Switzerland for the last three years.

There is demand to massively increase capacity for rail travel. To cover this, an additional four- track railway station for regional trains will be built under the existing central station in Berne by 2027. A Liebherr LTR 1060 crawler crane owned by construction group Frutiger AG has been providing excellent service for around a year on one of the many track sections which have been adjusted and expanded for this project.

The “Wylerfeld” site extends for around 1200 metres in the north-east of the city. Among other facilities, a new tunnel, which will enable trains to cross on different levels, is being built along the existing four-track section using the cut-and-cover method. A range of possibilities was considered to supply the construction trench with material and small construction machinery. There were both practical and financial reasons behind the fact that the Liebherr LTR 1060 crawler crane was ultimately selected for the job. The first consideration was to erect high construction cranes along the trench. However, this would have meant that an eleven metre high safety scaffold would have had to be constructed along the entire length of the track section to provide protection from the rail traffic next to the new track, involving trains passing every minute. Furthermore, this version would have taken up a good deal of the scarce area available on the construction site. The LTR 1060 was chosen to guarantee rail safety even without a safety wall.

“The LTR 1060 is a flexible, manoeuvrable machine and was therefore the perfect solution for the site situation,” says Reto Mathis, Manager of the Mobile Crane Division at Frutiger AG, to explain the decision to use the small crawler crane. Moreover, the facility to move quickly or to move a long distance with a load on the hook makes this Liebherr crane absolutely ideal for this large site. The LTR 1060 normally operates with a track width of just over four metres but if necessary its crawler carriers can be adjusted, both during operation and for travelling, to a width of just three metres, enabling it to manoeuvre through even narrow areas of the site. “We particularly like the lifting capacity, especially when the chassis is at its narrow setting, on this reliable crane”, says Mathis. “That is why we purchased the LTR 1060 in 2016. At that time we were only able to operate on an extremely constricted site between a road and railway tracks with a permanent track width of three metres.” The crane’s powerful telescopable lifting capacities are also being used to the full on the site in Berne. This means it can move material within the trench quickly and precisely. The LTR 1060’s work on the project is scheduled to last around two years.

Frutiger AG also uses this extraordinarily manoeuvrable telescopic crawler crane for structural steelwork and civil engineering projects. This crane model is also available from Liebherr Ehingen in more powerful versions in the form of the LTR 1100 and the LTR 1220. These versatile machines in the successful LTR series are often used as erection and auxiliary cranes for industrial projects, to support large lattice boom cranes.

Continue Reading
140
Share LinkedinTwitterFacebookEmailWhatsApp
Subscribe to our newsletter
Sign up here to get the latest news, updates and special offers delivered directly to your inbox.
You can unsubscribe at any time