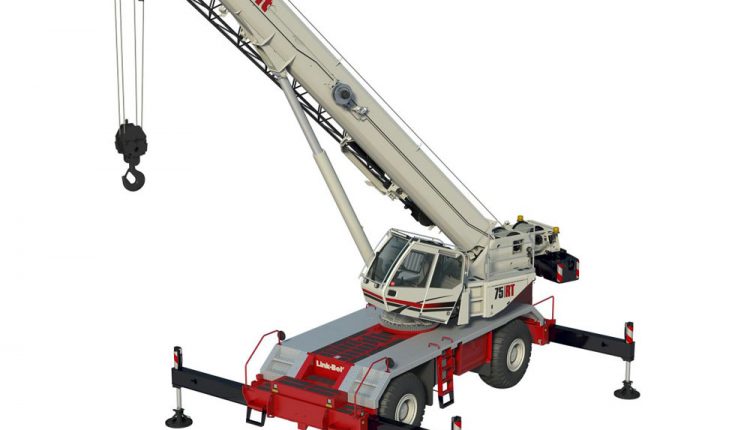 Production models of Link-Belt’s 75-ton (70-mt) 75RT have begun to ship from the company’s headquarters in Lexington, KY. September shipments of the newly announced rough terrain crane have already been delivered with additional orders scheduled for customers across the U.S. and Canada through 2017.

“The reach, the capacity, V-CALC (Variable Confined Area Lifting Capacities), our new RCL (Link-Belt Pulse 2.0) – there’s a lot to like about the 75RT,” said Link-Belt Rough Terrain Crane Product Manager, Brian Smoot. “We listened to a lot of customers with many years of experience in the crane market to see what was needed to really stand out in this segment.”

NessCampbell Crane + Rigging (NessCampbell) received their 75RT following their announced purchase at CONEXPO 2017. NessCampbell first had the 75RT working for several months at a major aerospace manufacturer in Everett, Washington where it was used for steel erection. Following that job, the 75RT placed multiple stories of glass panels for a high rise project in downtown Portland, and most recently completed 5,000 ft. (1,524 m) of sound barrier walls alongside Interstate 5 near Salem, Oregon.

“I really like the winches, and smoothness of the functions on this crane,” says 16 year operator for NessCampbell, Joe Taber. “I can really dial it in with the fine metering. We set glass panels in Portland, up on a building with full jib and boom and it was really smooth.”

Link-Belt Cranes, with headquarters in Lexington, Kentucky, is a leader in the design and manufacture of telescopic boom and lattice boom cranes for the construction industry worldwide.

Continue Reading
Link-Belt
1,070
Share LinkedinTwitterFacebookEmailWhatsApp
Subscribe to our newsletter
Sign up here to get the latest news, updates and special offers delivered directly to your inbox.
You can unsubscribe at any time
Leave a comment