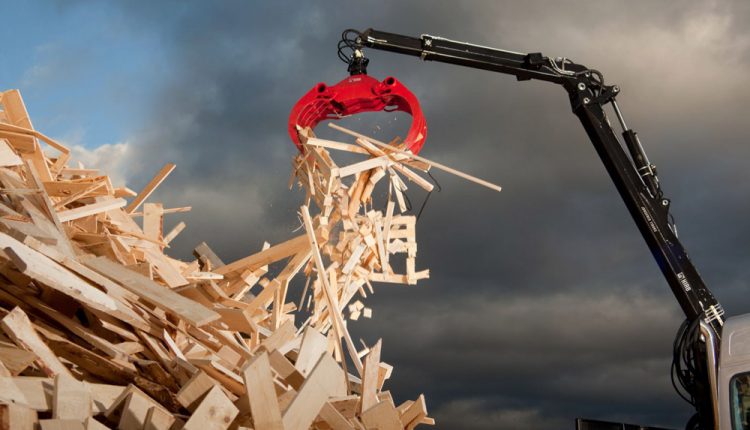 Hiab has launched a new crane aimed at the scrap metal and recycling industry, the JONSERED 1500RZ.

According to the company the JONSERED 1500RZ supports lower lifetime costs as the fuel consumption is reduced with the variable pump system. The maximum lifting capacity of the new recycling crane is 13,8tm and its outreach exceeds 9 metres.

The safety features include Variable Stability Limit (VSL) for increased crane stability, Over Load Protection to avoid crane overloading as well as Load Holding Valve to prevent load dropping. The Operator Protection System protects the driver by preventing the crane from accessing the operator area.

“One of the megatrends is urbanisation. More and more people are moving in the cities and this sets high expectations for waste handling and recycling. The new JONSERED recycling crane is designed for speedy operations which is essential in urban environments,” commented Jon Lopez, vice president of forestry and recycling cranes at Hiab.

Toni Ahvenlampi, Hiab’s senior manager, portfolio management, forestry cranes added: “The new JONSERED 1500RZ crane is designed for total flexibility in operation. The customer can adapt it according to the business needs and choose between top seat, side-mounted top seat or stand-up platform with radio control. To ensure that the crane is well protected in harsh environments, it is painted with the advanced nDuranceTM surface protection system.”

Continue Reading
344
Share LinkedinTwitterFacebookEmailWhatsApp
Subscribe to our newsletter
Sign up here to get the latest news, updates and special offers delivered directly to your inbox.
You can unsubscribe at any time
Leave a comment