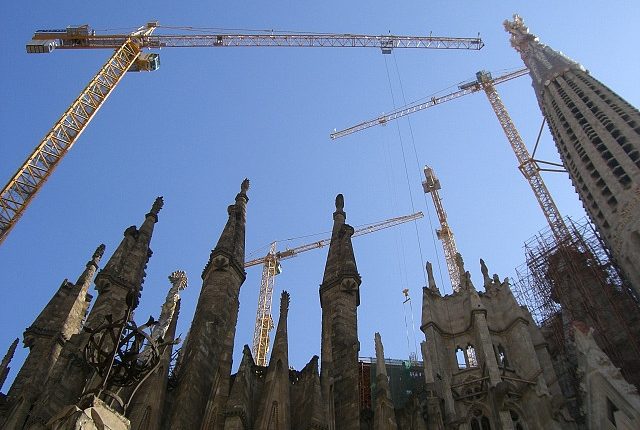 Overview of Spanish market in 2013

Since global financial crisis began, high level of construction activity in Spain has definitely cooled, now for five long years, and there are challenges to overcome.

In the period 1996-2007, there was an astonishing fleet expansion in all companies across Spain. The demand of equipments like mobile cranes, tower cranes and others was surprisingly strong. Projects funded by foreign investors, infrastructure, buildings, significant public constructions, were present everywhere.
But the real estate crisis came, and the global credit crunch came. As result, suddenly construction projects decreased dramatically and the spanish grow model based in real estate activity has gone.

The underlying situation is such that the rental companies feel they are walking across a perfect storm: working in a comatose market, absence of public works, rising level of defaults, no credit, and handling the problems to have oversized fleets. In addition, fleets are aging faster on the yards.
Just an example, latest reports delivered by Fanagrumac (spanish association of tower crane rental companies) in 2011, showed that there are a surplus of 13.800 tower cranes in Spain. That is a huge amount.

At present time, we can see a local market dominated by rental companies. They are taking active action in the way to export abroad with reasonable prices and often, scrapping old machines. In fact, we can say the fleets has been reduced around to 50% – 80% in some cases.
Personnel reductions of such companies, has produced another effect: adding more competitors when fired employees created new companies, being the newcomers in the global market. This is not exclusive from the spanish market, and can be extended to other countries, but it is adding pressure in a global market dominated by the offer and not by demand.

This country shares a common experience with many parts of the world: heavy lift trend. There are changes in design techniques, less execution time, fewer competitors, etc, that are moving the market step by step toward big machines, specially regarding mobile cranes like 150 T or 200 T.

It is honest to expect that soon or later, grow in the country will come, but this troubled times perhaps is the opportunity to change hidden defects and reboot the spanish rental market.

One of the evident flaw was the rental rates. In some cases at ridiculous levels, many times cheaper, if we compare exactly same machines in Europe. Years later, we see that suicide competition between rental local companies was unsuccessful. Often the only solution possible to keep the pace, it was to have in fleet old but amortized machines, in order to keep low rental rates. This kind of business model it was, and it is a mistake.
In contrast, it is desirable to have in Spain in the future a healthy rental market like some other countries: based in long term view, offering late-models, and low-hour rental equipment.

In short, this is the next challenge for the spanish equipment industry: first, survive during this long travel. Second, switch the rental rates toward Europe, and third, turn this situation in the new normal.
Of course to modify that, it will require big common efforts from all the players in order to shift client expectations and mentality. But probably it is the only way.

Continue Reading
611
Share LinkedinTwitterFacebookEmailWhatsApp
Subscribe to our newsletter
Sign up here to get the latest news, updates and special offers delivered directly to your inbox.
You can unsubscribe at any time
Leave a comment