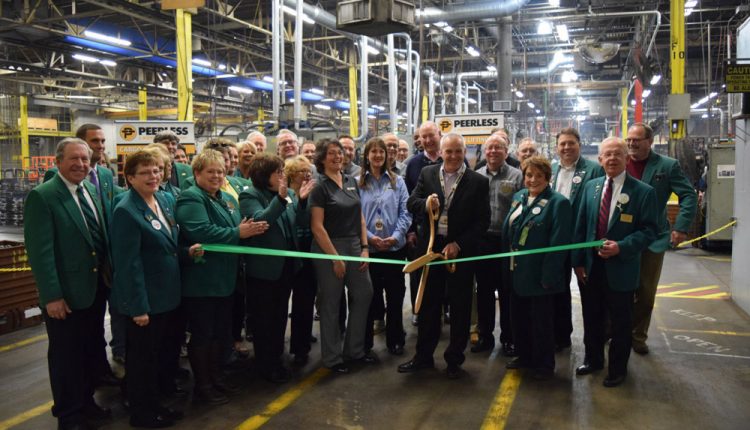 On Feb. 9, Peerless Industrial Group  Inc., manufacturer and distributor of industrial and consumer chain and traction products in North America, kicked off its centennial celebration with a ribbon cutting prior to hosting the Winona Area Chamber of Commerce Network Nite.

Peerless Chain Company was founded Feb. 16, 1917, as a manufacturer of tire chains after the rights and interests for the diamond link chain patent were purchased from its inventor.  Peerless eventually expanded into hardware and industrial chain manufacturing, as well as wire forms by the 1960s.

By the late 1970s, Peerless entered the overhead lifting market, but was still known primarily as a chain supplier to the local hardware stores and retail chain stores. That remained the case until a series of acquisitions, including Weissenfels USA in March 2004, American Chain Co. (ACCO) in July 2006, Letellier Material Handling (LMHE) in December 2010, and Security Chain Co. in Sept. 2011.

Continue Reading
483
Share LinkedinTwitterFacebookEmailWhatsApp
Subscribe to our newsletter
Sign up here to get the latest news, updates and special offers delivered directly to your inbox.
You can unsubscribe at any time
Leave a comment