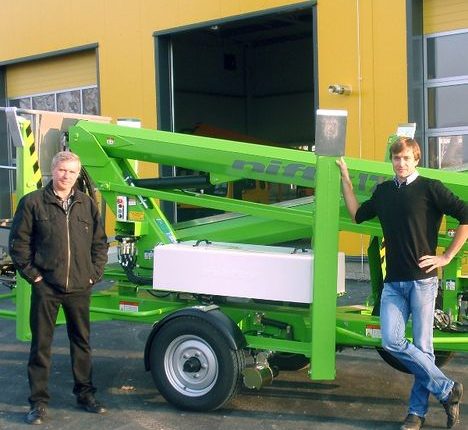 Czech based aerial lift distributor Plosiny Rybacek has opened a new service centre in the town of Louny to the north west of Prague.

In addition to workshops the new facility provides additional office space, along with a conference room and additional space for future expansion.

The company, which was established in 1991 as a service company, employs 17 of which 12 are service technicians. It originally specialised in maintaining and repairing old Soviet vehicle mounted platforms, but began branching out into other equipment and activities in 2000.

The company now distributes the Cela and ESDA truck mounted lift ranges and more recently became a Niftylift dealer for the Czech Republic. It also runs a small rental fleet. Owner Miroslav Rybacek and son Miroslav junior, are keen to point out that they have no plans to significantly expand the company’s rental activity, preferring to focus on sales, service and training.

Continue Reading
778
Share LinkedinTwitterFacebookEmailWhatsApp
Subscribe to our newsletter
Sign up here to get the latest news, updates and special offers delivered directly to your inbox.
You can unsubscribe at any time
Leave a comment