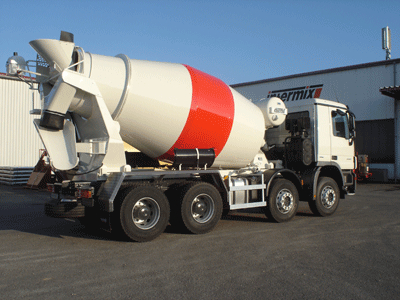 Concrete pump producer Putzmeister has expanded its presence in the concrete sector with the acquisition of German truck mixer manufacturer Intermix from its owner Hans-Georg Stetter.

Privately-held Intermix is the third largest producer of truck mixers after rivals Liebherr and Schwing Stetter, and produces up to 800 machines annually. For 2012, a spokesman said Intermix would report revenues of around €20 million.

The company is headquartered in Heimertingen, near Memmingen in southern Germany, where it also has a customer service and logistics centre.

Putzmeister, which itself is owned by Chinese construction equipment manufacturer Sany Heavy Industry, said the deal would complement its own portfolio.

The deal comes after a string of consolidation in the German concrete equipment industry. Chinese manufacturer XCMG closed its acquisition of Schwing Stetter earlier in July, while the Sany/Putzmeister deal closed in March.

Continue Reading
Liebherr-Werk Biberach GmbHSanyXCMG
427
Share LinkedinTwitterFacebookEmailWhatsApp
Subscribe to our newsletter
Sign up here to get the latest news, updates and special offers delivered directly to your inbox.
You can unsubscribe at any time
Leave a comment