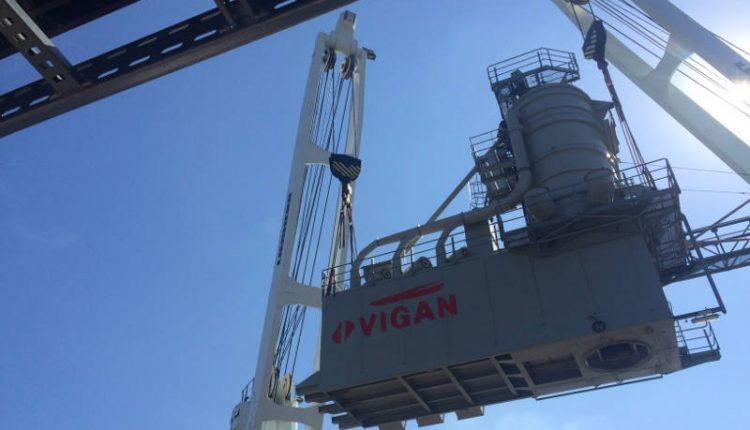 John Keenan, chartering director at Quality Freight UK, oversaw the operation and worked closely with colleagues at RWE and Newport Industries: “This was a highly complex project, one of the biggest jobs Quality Freight UK has undertaken. We brought in experienced naval architects Graham and Woolnough for its marine engineering and practical expertise. Dismantling the units involved unbolting them from their legs and dropping on to the quay. In total, there were more than 20 pieces that had to be broken down.”

Vigan mobilised a team to help dismantle the shiploaders. It was not possible to get crane capacity to the jetty, so a geared vessel with 122-tonne capacity cranes was used to handle the cargoes.

“In total, it took four days to dismantle and load at Tilbury and a further day unloading at Liverpool,” Keenan added.

Continue Reading
316
Share LinkedinTwitterFacebookEmailWhatsApp
Subscribe to our newsletter
Sign up here to get the latest news, updates and special offers delivered directly to your inbox.
You can unsubscribe at any time
Leave a comment