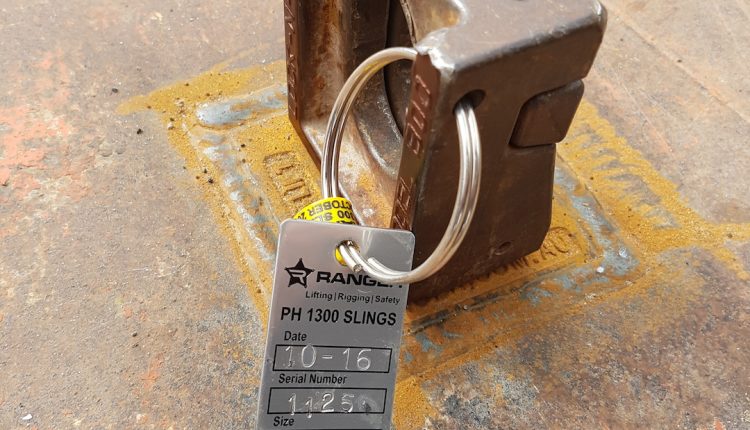 New South Wales, Australia-based Ranger is distributing an innovative lifting solution that enhances safety and efficiency when placing or removing steel road plates, which are commonly used to cover holes during work on highways and other areas.
Ranger, a specialist supplier of lifting and rigging equipment, provides industry with an attachment that can be welded into the centre of plates eliminating the need to use crowbars or employ inherently dangerous manual handling techniques. Back and other injuries, sometimes resulting in long periods off work, are commonly associated with lifting heavy plates by hand.
Ashley Thacker, general manager at Ranger, said: “I have worked with industry professionals who have broken, even lost, fingers by getting their hands trapped beneath heavy plates. The traditional method of using crowbars to lift an edge of the plate on either side to insert clamps and then apply rigging equipment is unsafe, awkward and extremely slow.”
The road plate system consists of a receiver plate and a lifting tool. The receiver is flush welded into the centre of each steel trench plate, eliminating any potential trip hazards and allowing plates to be stacked on top of each other for storage. The lifting tool is inserted into the receiver plate and locked into place, while a hook is attached directly through the elongated hole of the lifter. Road plate lifters are designed to be lifted straight up and down in a vertical line.
Road plates range in shape and size but are commonly 28mm to 40mm thick. Thacker explained that when using longer plates, it is recommended that two tools be used with a spreader bar for stability and to minimise stress caused by bending of the plate.
He said: “The plate should be measured in thirds along its longest part and a weld-in plate placed on each third division. In some instances, for stiffer road plates, two plates have been installed next to each other. We can consult on such matters on a case by case basis.”
Thacker added: “No added shackle is required to attach to it, allowing for easy, quick and, most importantly, safe application. As the advantages of the system become apparent to more and more influencers and buying decision makers, we are seeing increasing demand for the solution. Many contractors will now only employ road plates fitted with the tooling.”
Growing popularity of the system has led to Ranger consulting with end users and steel merchants to get the system installed upon manufacture of the plates. This adds further efficiency to applications given that Ranger’s technical team currently visit sites to proof load each plate once the tooling has been welded into place.
Any vehicle-mounted or other crane that has an appropriately rated capacity based on the size and weight of the steel plate can lift road plates. Ranger commonly supplies 10mm or 13mm chain slings and spreader systems when there is a requirement.
Ranger is the sole distributor of this revolutionary system in Australia and New Zealand.

Continue Reading
AttachmentsHeavy LiftingLifting Equipment
717
Share LinkedinTwitterFacebookEmailWhatsApp
Subscribe to our newsletter
Sign up here to get the latest news, updates and special offers delivered directly to your inbox.
You can unsubscribe at any time
Leave a comment