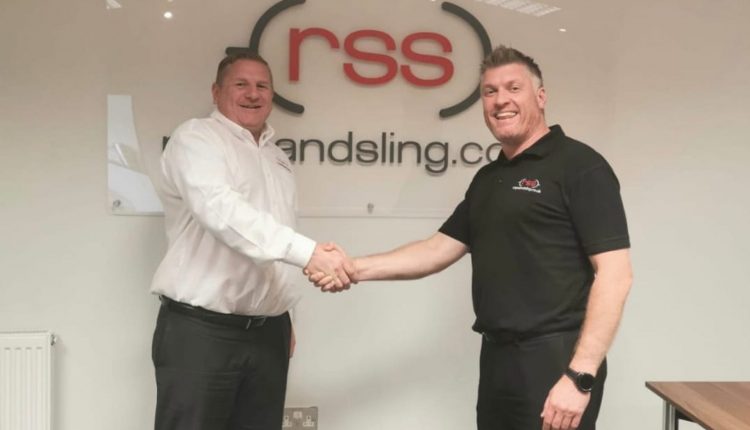 Teeder, who is currently regional manager—midlands, London, and the south, joined RSS in the spring of 2016 from a major equipment rental company that was part of the GAP Group. A decade in the lifting and materials sector prior to that also included roles at Speedy and other equipment-focussed businesses.

At the time, he oversaw the newly opened Hayes depot, near Heathrow Airport, west of the UK’s capital. It was the company’s then fifth facility and its second in the south of England, where it also has a presence in Aylesford, Kent. Teeder stepped into a wider, regional role following the tragic passing of Tim Panter in 2018. Today, Tony Mills runs operations in Heathrow, reporting directly to Teeder.

Including its Gemmak Engineering business, based on the same industrial site as de facto headquarters in Pyle, South Wales, RSS has eight national facilities, the most recent of which to open is in Roborough, Plymouth.

Teeder said: “Actually, me and Steve have talked about this for some time now and with the contract gains we continue to make, we feel that the timing is right. The promotion will enable me to get into the hierarchy of the major projects and companies to demonstrate exactly what we can do, and offer as a business, while still overseeing London and the south as a region. Between my teams and depots in London, we have managed to expand in terms of customers and employees in both locations. We have continued on a gazelle growth curve even mid-pandemic.”

Teeder attributes this success to the company’s ongoing ability to manage customer relationships and deliver world-class service. Its radio-frequency identification (RFID) online-based tagging reporting system has been popular too, he said. It means that RSS most commonly provides a complete package to major infrastructure and other projects—Thames Tideway and HS2 standout—built on hire equipment and equipment service.

Steve Hutin, managing director at RSS, said: “Tony’s performance and commitment has been exemplary over the last five years, and he has taken our business in London to another level. He takes responsibility and full accountability, which gives him the DNA that is consistent with our other directors. We’re now looking to Tony to continue to build on what he has achieved in London in the midlands and develop relationships further with major project decision makers.”

Teeder added: “Business is thriving at present, and it will continue to grow in various sectors, not just here in London, but across the UK. It’s true that, as a company grows and commands the respect of higher profile buying decision makers, that business must become more corporate. Of course, though, we must remain true to our roots and the values that have made us the first-choice supplier to so many people.”

Continue Reading
#riggingBelow the HookLifting Equipment
46
Share LinkedinTwitterFacebookEmailWhatsApp
Subscribe to our newsletter
Sign up here to get the latest news, updates and special offers delivered directly to your inbox.
You can unsubscribe at any time

The Crosby Group Partners with Bridges to Prosperity

Ranger Ramps Up in Queensland