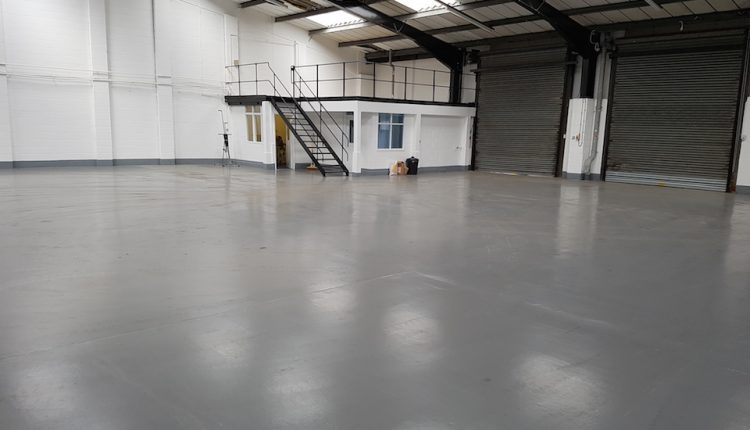 Bridgend, Wales-headquartered Rope and Sling Specialists (RSS) has opened its sixth UK facility in Warrington, close to the heavy lift depot of Ainscough Crane Hire, which recently named RSS a preferred supplier of lifting and rigging equipment.
It’s less than a year since RSS opened its fifth facility, near Heathrow Airport in London that was also strategically positioned to serve infrastructure, construction and crane hire markets. Each ribbon-cutting ceremony marks another steps towards managing director Steve Hutin’s goal of 10 facilities providing nationwide below-the-hook coverage.
The 6,500 sq. ft. Warrington depot, overseen by newly recruited Gerry Harper, regional manager for the northwest, has already started processing orders originally generated at headquarters and the Rotherham site to the east, but it remains embryonic as stock, staff and customers provide immediate focal points. However, Harper is ambitious.
He said: “While we have clear immediate targets to fit out the building and put the proper foundations in place, we have a long-term goal to emulate the success of the Bridgend depot, which has a 10-year head start on us, so we have our work cut out. That said, combined with the Ainscough connection and the proximity of the facility, we are excited about the future.”
Harper will call on nearly five decades of relevant experience, most recently at the Rossendale Group, a lifting engineering specialist. He said: “I have been in the lifting gear industry for 45 years, 35 of which were spent in managerial roles. However, I have been out of the sector for five years and didn’t necessarily expect to make a return until Steve presented such a great opportunity to join one of the most dynamic, growing companies in the industry.”
Hutin said: “It’s already been widely reported that we have aspirations to continue to open depots but the brick and mortar is only part of a more holistic growth strategy to provide a truly regional service to existing and prospective customers in all four corners of the country. Ainscough [mobile and crawler crane rental company] operates from 30 strategic locations spanning the length of the UK and while our businesses are different and this number of sites is greater than our target, it demonstrates the importance of proximity and location in the crane and rigging market.”
Harper added: “I’m looking forward to leveraging our location [that is] just two minutes from the M6 motorway, with Manchester, Merseyside, North Wales, Preston, Cheshire and Cumbria all within easy reach. It’s a competitive region but we are intent on giving the marketplace another choice and eventually achieving status as leaders in the geography.”
RSS will consider expanding its wire rope manufacturing capability to the northwest. Currently, at headquarters, a 1,000t Sahm Splice hydraulic press produces 55t capacity, 64mm diameter slings, while 35t capacity, 52mm diameter slings are made by a smaller Talurit unit.

Continue Reading
Below the HookLifting EquipmentRigging Equipment
555
Share LinkedinTwitterFacebookEmailWhatsApp
Subscribe to our newsletter
Sign up here to get the latest news, updates and special offers delivered directly to your inbox.
You can unsubscribe at any time
Leave a comment