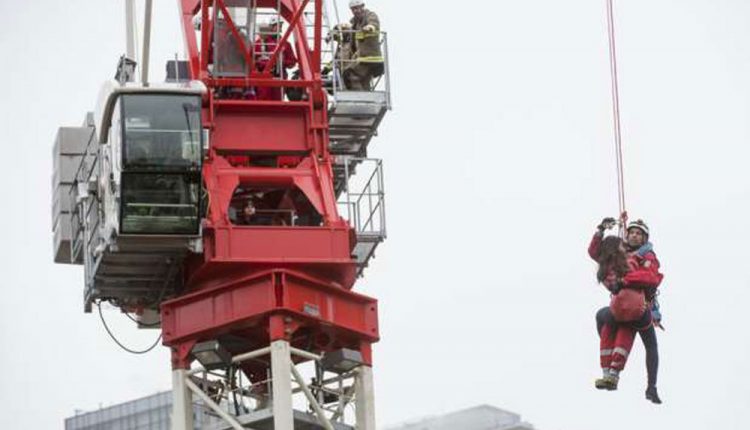 At least four times since mid-May, police outside Toronto have responded to calls about people, many of them teens, climbing construction cranes. The police are calling it a “trend” now, and it’s not a particularly welcome one.

“There are obvious dangers associated with climbing cranes that are 10, 12, 13 stories tall,” police constable Andy Pattenden told the CBC. “Gravity is not going to be your friend if you slip and fall.”

What’s behind greater Toronto’s hottest new death-defying behavior? Police aren’t sure exactly, but they don’t think it has to do with an April incident, caught on video, in which a woman was dramatically rescued from a crane.

Instead, Pattenden blames “selfie culture” and “social media” and “YouTube”—particularly an incredibly popular genre of online videos featuring people, mostly young, climbing various buildings and structures and putting themselves in bafflingly dangerous situations all for the sake of the stunt and the online notoriety it can generate.

Teens of Canada (and everywhere else): You must know that there are safer ways to get the clicks.

Continue Reading
594
Share LinkedinTwitterFacebookEmailWhatsApp
Subscribe to our newsletter
Sign up here to get the latest news, updates and special offers delivered directly to your inbox.
You can unsubscribe at any time
Leave a comment