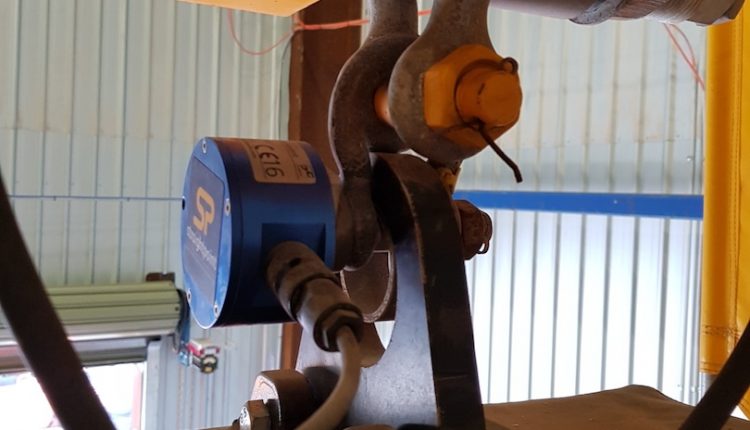 The end user required a second point of evacuation from each of their shafts in the case of an emergency where workers needed to be stretchered out. The cranes, supplied by Ranger Lifting, offered 6.5m underslung height with 6m reach and heights of lift ranging from 26m to 70m. Ranger chose 3t electric chain hoists from Swiss manufacturer GIS that were downgraded to 1.5t capacity to facilitate man riding. All were fitted with overload protection, a load cell with read out, plus pendant and remote controls.

The original jib crane specifications covered their use for both man riding / evacuation and general lifting. However, it was later decided to restrict their use exclusively to personnel lifting, principally because of duty cycle issues given the significant height of lift.

“Australian Standard (AS) 2550.1-2011, Clause 6.19, Suspension of personnel by crane” dictates that when a crane is used with a workbox, “…at the maximum radius of the task to be performed, the crane has a minimum rated capacity of 1,000kg.”

And “…when the jib or boom of the crane is at its maximum radius for the task to be performed, the rated capacity for the crane in this condition, when divided by two, is equal to or greater than the total load of the workbox and its contents.”

Ashley Thacker, general manager at Ranger Lifting, said: “Strict standardisation covers the use of cranes for personnel lifting, meaning a user-friendly, accurate, reliable load measuring solution was required. The large, scoreboard displays manufactured by SP ticked those boxes and, if required in an emergency situation, clearly communicated the weight being lifted so the end user could be sure to be operating in line with relevant standards.”

He added: “Given the high profile of the site we only sourced from the best manufacturers in each component area. We only worked with suppliers who not only excel in manufacturing, but support that with professional paperwork, top quality engineering drawings, and flexibility to work within the most stringent project-specific requirements.”

Available from stock in capacities 3.25t to 500t, and available up to 4,000t, SP’s load shackles are manufactured from Crosby’s 2130 Carbon and 2140 Alloy Bolt Type Anchor Shackles (3.25te to 120te) and the GN H10 Alloy Bolt Type Anchor Shackle (200te and up). The cabled load shackles benefit from high sampling rates, extreme resistance to industrial level noise, and unprecedented stability.

David Ayling, director at SP, said: “It was clear that Ranger had a need to ensure their client conformed to local standards even if the need arose to employ the jib cranes in an emergency situation. Presenting data clearly in real time would have given them great peace of mind. The cabled load shackle was well suited to the demands of this application.”

Continue Reading
Crane StandardsJib CranesLoad monitoring
634
Share LinkedinTwitterFacebookEmailWhatsApp
Subscribe to our newsletter
Sign up here to get the latest news, updates and special offers delivered directly to your inbox.
You can unsubscribe at any time