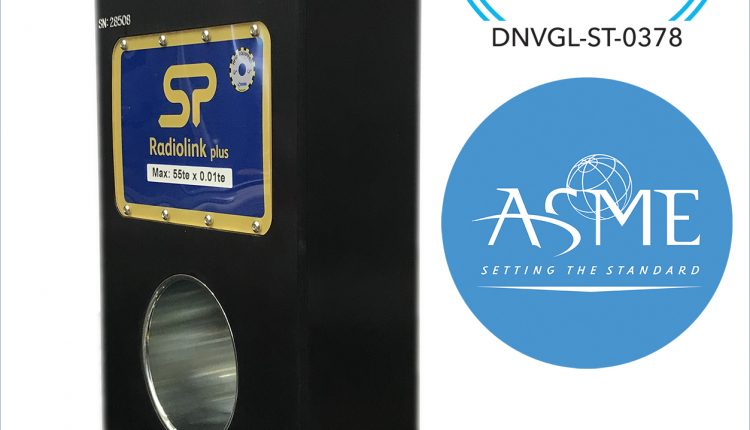 Straightpoint (SP) has made a series of enhancements to its range of loadlink products that includes matching the capacity of its previous 5t and 50t capacity units to industry standard shackle sizes of 6.5t and 55t respectively.

SP manufactures the Loadlink plus digital tension load cell, or dynamometer, but the word ‘loadlink’ is used generically, also in reference to the company’s best-selling Radiolink plus and Wirelink plus products. David Ayling, director at SP, explained that the terminology is widely applied throughout the lifting and other industries to describe tensile links that are rigged using shackles.

He added: “The previous sizes were based on an incremental capacity scale that was adopted by the company even years before my arrival. We stuck with what the customers were already familiar with for good reason and at great success; however, we were increasingly quizzed on why the range didn’t align with, say, the Crosby, Green Pin, or GN Rope lines of shackles.”

Ayling acknowledged that a further catalyst for change was the DNV GL Type Approval Certification process; as a result of which the three aforementioned products now comply with DNVGL-ST-0378, the standard for offshore and platform lifting appliances. An 18-month programme involved the entire SP community, from in-house engineers to end users, and a proposed move to conformity with industry standard shackle sizes, albeit unrelated to DNV, was given overwhelming backing by relevant stakeholders.

In addition, SP has also increased the capacity of the loadlink range to 500t (up from 300t), while the lowest unit remains 1t. It is recommended that users only apply the products down to 3% of their working load limit (WLL), so a 100t capacity Radiolink plus, for example, can be safely applied to a 3t load test.

A final improvement has been made to smaller loadlink models to improve their waterproof sealing, giving offshore and other purchasing decision makers even greater confidence in the load cells’ performance. Ayling explained that the cavity in which the chassis and front plate fits into was the focal point of this particular enhancement.

He concluded: “Matching up with the industry’s shackles and adding even more differentiating factors to the loadlink range was a rewarding but painstaking process. Replacing the 5t and 50t units involved a complete redesign of the products, FEA [finite element analysis], extensive testing, and more before we could put this popular evolution to market.”

Picture: 55t capacity Radiolink plus is part of the manufacturer’s new range of loadlink products.

Continue Reading
#riggingBelow the HookLifting Equipment
859
Share LinkedinTwitterFacebookEmailWhatsApp
Subscribe to our newsletter
Sign up here to get the latest news, updates and special offers delivered directly to your inbox.
You can unsubscribe at any time