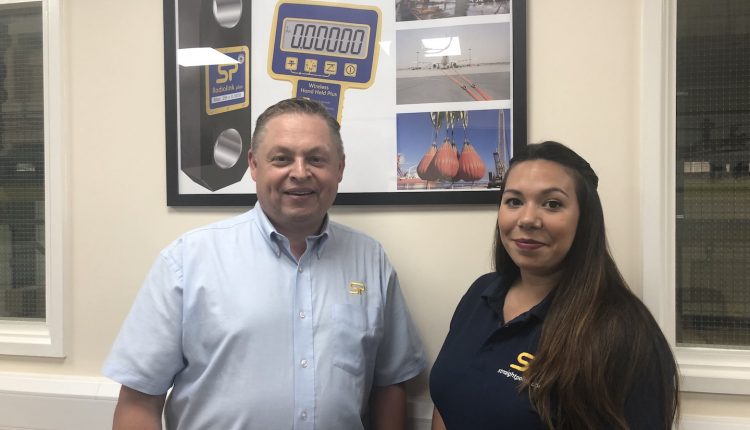 Straightpoint (SP) has appointed Kizzie Cordwell to the role of inside sales, as the load cell manufacturer continues to grow its team at Havant headquarters in the UK.

Cordwell brings a wealth of experience to the position, having previously worked in sales and customer service roles. Most recently, she worked in the construction sector selling heavy-duty machinery such as diggers and wheeled loaders.

Cordwell said: “The position was recommended to me by a current employee at the company, so I was aware of the ethos of the business, which seemed to fit well with my own approach to working practices and ambitions. I enjoyed my previous role but the timing of the opening at SP was good and I’m excited to be given the opportunity.”

David Ayling, director at Straightpoint, said: “As I’ve said before, we always look for certain DNA traits when searching for personnel to join our team. We had 18 strong applications for the recently vacated position and Kizzie was the standout candidate; we’re all excited about working with her in the immediate and long-term future.”

In her previous position, in addition to the aforementioned core areas of responsibility, Cordwell was also charged with overseeing workshop workloads and was the designated person for troubleshooting in a number of departments. In a multifaceted role, she also oversaw production of marketing materials, media releases, and managed social media. It is a diverse skillset she’s looking forward to leveraging at SP.

She explained: “Essentially, my new role involves working with customers, primarily on the telephone and over email, to generate quotes and maximise the sales of the business. However, I am confident that the position will diversify over time and there will be great opportunities for career development. In my early days here I’ve detected a relaxed culture where staff are encouraged to express themselves and put their ideas forward for discussion.”

Cordwell continued: “SP is a growing business but it’s clear they haven’t lost that all-important personal touch and they clearly care about their customers. It’s evident already that David and the team work hard to preserve a supportive culture and everyone has been very welcoming. I’m picking up the systems and am gradually learning the vast array of products we can provide. Of course the task of learning them all is slightly daunting but I intend to tackle that challenge head-on.”

Ayling concluded: “It’s easy to forget the extent of the diversification of the SP range, which now serves so many niche industries and applications, but all our innovation and expansion stems from the same core set of values and Kizzie has already shown a great aptitude to that culture so the learning curve will be that much smoother.”

Continue Reading
Below the HookForce measurementLoad Cells
1,502
Share LinkedinTwitterFacebookEmailWhatsApp
Subscribe to our newsletter
Sign up here to get the latest news, updates and special offers delivered directly to your inbox.
You can unsubscribe at any time