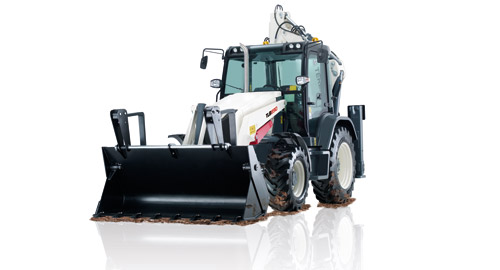 Terex Construction will have more than 20 machines on display at Bauma 2013, including the new highly-anticipated TLB890 backhoe loader. Key to the TLB890’s excellent productivity levels is its new high-pressure hydraulic system, with an efficient piston pump option and high breakout force on the boom, dipper and bucket services. These design improvements result in an impressive slew torque which provides powerful and quick backfilling particularly when working on cross slopes. The curved boom design also allows trucks to be positioned closer to the machine for short loading cycles.

The Terex® Fuchs MHL350 E material handler is again in the spotlight. With the introduction of the E-Series in 2011, new standards were defined in terms of reduced fuel consumption and lower exhaust emissions. The new MHL350 E with the latest hybrid technology will be showcased at Bauma where visitors will see the new developments that make the machine even more sustainable and cost efficient than before.

Also, for the first time, the German-manufactured Terex compact machines will be exhibited with Tier 4I/ Stage IIIB compliant engines. Visitors to the Terex stand will be able to see the TW85 wheeled excavator and the TL120 wheel loader’s new ergonomically-designed operator interface, which has more electronic functions including new display and control functions to increase operator productivity. The TL120 has also changed its look to match the family design of the Terex wheel loaders, which now completes the range.

In addition, the TC10 micro excavator, which was launched in 2012, will make its first appearance at Bauma. Since its launch, it has been successfully sold to many customers across the world thanks to its ability to access restricted jobsites – such as building interiors for demolition work or in crowded landscapes for horticulture work.

Terex Construction will also have its TR60 rigid truck on display. The TR60 has benefitted from some changes such as a new integrated dashboard which provides more machine feedback capability and production data, helping customers to manage their fleet better. The truck also has a new modular rear-brake retardation system which allows the operator to modulate pressure in six stages instead of two, allowing for a controlled, safe descent.

The Terex team is excited to meet with customers and discuss the new products and developments at the show.

Continue Reading
FuchsTerex Corporation
385
Share LinkedinTwitterFacebookEmailWhatsApp
Subscribe to our newsletter
Sign up here to get the latest news, updates and special offers delivered directly to your inbox.
You can unsubscribe at any time
Leave a comment