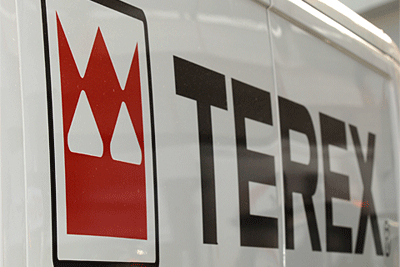 Terex Cranes returned to profit in 2011 with a small fourth quarter rise over the same period in 2010. The division also saw a healthy rise in sales for the full financial year.

“Strong demand for rough terrain cranes in North America continued and our port equipment businesses net sales grew more than 50% from the prior year period,” said a company spokesman.

“Additionally, the Company experienced strong demand for its pick and carry crane product in Australia. Conversely, the company has seen reduced demand for crawler and all terrain cranes in Europe.”

Results for Demag Cranes AG, acquired by Terex in 2011, are reported as the Material Handling & Port Solutions (MHPS) segment. Net sales for the segment were $361.0 million and $617 million for the 2011 fourth quarter and full financial year, respectively. Following the acquisition, 2010 figures for Demag Cranes have not been published by Terex.

“[MHPS] net sales were driven by machine sales for industrial cranes and mobile harbor cranes due to strong orders during earlier parts of 2011,” explained the spokesman. “Service and maintenance sales also contributed, as good capacity utilization at customer plants led to an increased need for services.

“Germany and the United States were the largest drivers of net sales in the [fourth] quarter, but Brazil, India and China also demonstrated considerable strength,” said the spokesman.

Cranes segment backlog decreased about 7% compared to 31 December 2010 and dropped some 8% compared to 30 September 2011. Softer orders for crawler and all terrain cranes, as well as increased deliveries in the fourth quarter of 2011 contributed to the decrease, said the company.

Looking at the 2012 cranes market, Ron DeFeo, Terex chairman and CEO, commented, “We expect that increasing demand from developing markets, such as Latin America and the Middle East, will continue. The combination of price increases implemented for 2012 and restructuring activities enacted in 2011 are anticipated to enhance overall profitability.”

Turning to the MHPS segment, DeFeo added, “We expect improving sales trends, led by the services and the port solutions businesses, specifically in North America, India and the Middle East.”

Continue Reading
DemagfeaturedTerex Corporation
489
Share LinkedinTwitterFacebookEmailWhatsApp
Subscribe to our newsletter
Sign up here to get the latest news, updates and special offers delivered directly to your inbox.
You can unsubscribe at any time
Leave a comment