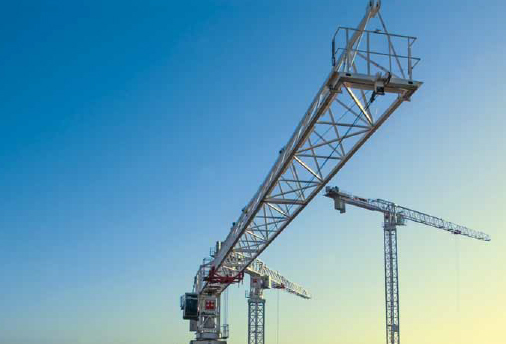 The China president of U.S. cranes and mining equipment maker Terex Co Inc is optimistic about the long-term outlook for the Chinese construction market, even as he expects to see half of existing mainland machinery makers close amid a four-year market downturn.

China is estimated to contribute 10 to 15 percent of Terex‘s global sales by 2018, up from 5-10 percent current currently, Ken Lousberg told Reuters on the sidelines of an industry forum in Beijing on Monday.

“Everyone thinks that it’s a market that is declining, but it’s still growing. It’s declining growth,” Lousberg said.

The current supply glut would lead to half of Chinese construction equipment producers to close, Lousberg added.

They number “in the thousands”, with some making just a few products, he said.

He expects the market to recover around 2017 to 2018 due to massive infrastructure construction by China at home and overseas.

Terex, which competes with Caterpillar, operates a crane manufacturing venture in Xiamen. The Westport, CT-based firm registered compound annual growth in sales over the past five years in China by focusing on segments that are still growing, said Lousberg.

That includes equipment used for rock cutting, he added.

In August, Terex and Finnish rival Konecranes agreed to an all-share merger, with a combined $10 billion in annual revenues. (Reporting by Fang Yan and Matthew Miller in BEIJING; Editing by Muralikumar Anantharaman)

Continue Reading
KonecranesTerexTerex Corporation
418
Share LinkedinTwitterFacebookEmailWhatsApp
Subscribe to our newsletter
Sign up here to get the latest news, updates and special offers delivered directly to your inbox.
You can unsubscribe at any time
Leave a comment