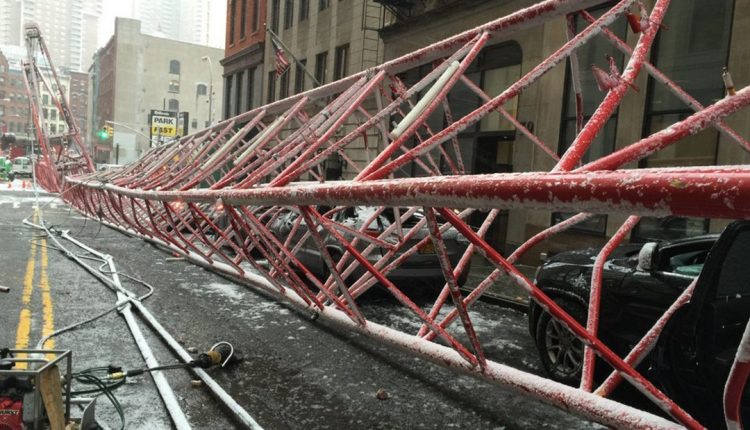 The widow of the stock market mathematician killed in last month’s crane collapse in lower Manhattan plans to file a lawsuit over his death, according to filings in Surrogate’s Court.

Rebecca Wichs was the wife of David Wichs, 38, who was killed the morning of Feb. 5 as he walked on Worth Street when a 565-foot-tall crawler crane collapsed while it was being secured against gusting winds.

Officials said the crane was being operated by Galasso Trucking and Rigging of Maspeth when it fell onto Worth at West Broadway. Three other people were injured in the accident.

In an affidavit filed with the court, attorney John P. Proszak, who represents Rebecca Wichs, said the husband’s estate “will be initiating a wrongful death” lawsuit. Rebecca Wichs is the administrator of her husband’s estate and was recently granted authority by Surrogate’s Court to file a lawsuit for damages and to take other action, records show.

Continue Reading
433
Share LinkedinTwitterFacebookEmailWhatsApp
Subscribe to our newsletter
Sign up here to get the latest news, updates and special offers delivered directly to your inbox.
You can unsubscribe at any time
Leave a comment