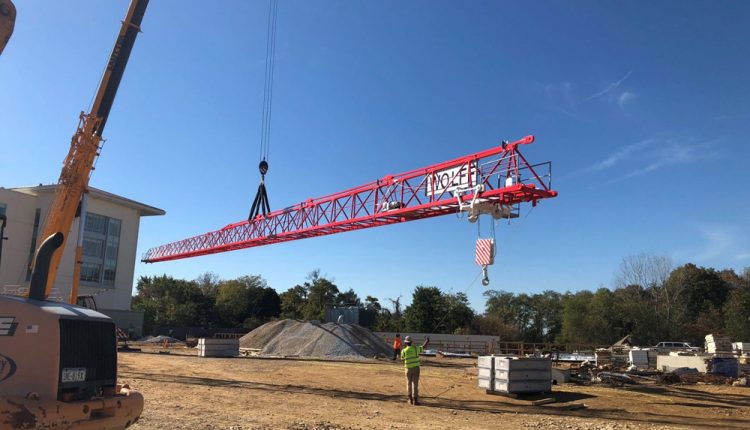 WolffKran Being Put to Work at Hospital of UPENN

American Crane and Rigging has purchased a WolffKran W8033.20 from Empire Crane Co, LLC, based in Syracuse, NY. For it’s first job, it has been rented by American Iron Inc. to build the 2100 ton structural steel, $120 million dollar addition to the Hospital of the University of Pennsylvania located in West Chester, PA. They expect the addition to be completed in 2018.

On October 26th, American Iron assembled the WolffKran W8033.20 on the site in Westchester. A crawler crane was not an option for the job because of the tight jobsite. The W8033.20 also provides a quick setup (only 2 days), has over 300’ height and 262’ jib. For their current job, they only needed to set the crane up to have 151’ of tower. Mike Hoy, owner and founder said, “the Wolffkran tower crane is by far the best tower crane ever built…they actually invented the tower crane’ ‘their tower cranes are the most erector friendly on the market, their assembly is simple and very stream lined.”

Continue Reading
KobelcoTadanoTerex Corporation
1,143
Share LinkedinTwitterFacebookEmailWhatsApp
Subscribe to our newsletter
Sign up here to get the latest news, updates and special offers delivered directly to your inbox.
You can unsubscribe at any time