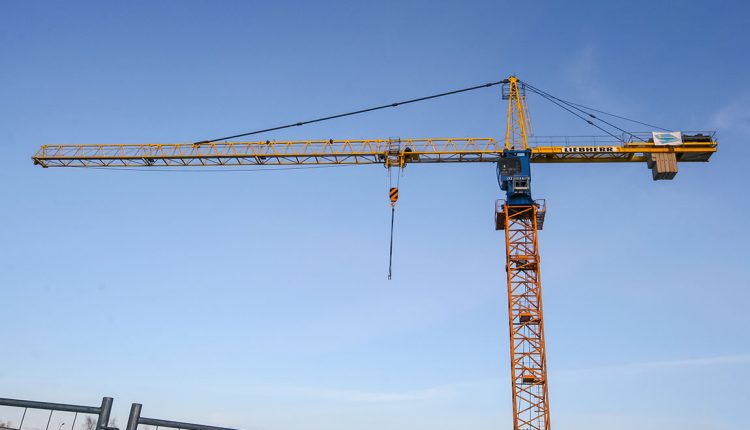 CCC expands use of Liebherr tower cranes on Dubai project

The contractor has been suitably satisfied by the performance of the six existing cranes on site that it has seen fit to install another model of the same make on the $230m project site.

“Six of the cranes are 60-m high climbing units, attached to the outside of the structure,” said Ahmad Hawari, CCC plant superintendent.

“The seventh is due to arrive on site towards the end of the contract, where it will be mounted on a short section of rail and used to build the podium. We are a long-time user of Liebherr cranes, and so we designed the configuration and erected the units ourselves.”

The Hills project consists of a series of four towers, two of them 12 storeys and two 15 storeys, running alongside the 18-hole Emirates Golf Club, and will include residential apartments, serviced apartments and a hotel.

Hawari added: “The site is a long and linear one, which means we needed six cranes for the tower blocks, but these are all standard units and no special modifications were needed – the cranes came directly out of our fleet.”

The procurement of an additional Liebherr 200 EC-H 12 Litronic tower crane is therefore the first direct purchase that CCC has made for the project.

Continue Reading
Liebherr-Werk Biberach GmbH
611
Share LinkedinTwitterFacebookEmailWhatsApp
Subscribe to our newsletter
Sign up here to get the latest news, updates and special offers delivered directly to your inbox.
You can unsubscribe at any time
Leave a comment