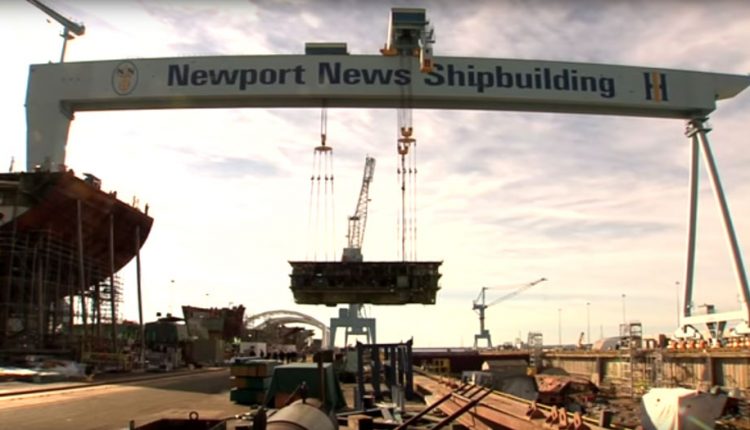 The USS John F. Kennedy, second ship in the Ford-class of aircraft carriers, is currently under construction at Huntington Ingalls Industries shipyards in Newport News, Virginia. And it’s quite a sight to behold.

Like most modern warships, Ford-class aircraft carriers are built in modules on shore and then assembled, Lego-like, in drydock. As you might imagine, aircraft carrier modules are a little bit larger than Legos, or the modules of other construction projects. Case in point: This 704 metric ton section of the Kennedy’s hull being moved into place by overhead crane. The crane is lowered very slowly into place at the very end to ensure precise fitting.

The USS John F. Kennedy will be the second aircraft carrier to bear the name of the 35th President of the United States. It is expected to enter service in 2020.

Earlier this week the Navy confirmed that the ship will continue to use the Advanced Arresting Gear, a new aircraft landing system installed on the USS Gerald R. Ford. The AAG uses a water turbine and induction motors to halt the momentum of landing carrier aircraft. The new system has had developmental problems but the Navy believes these have been worked out.

Continue Reading
704
Share LinkedinTwitterFacebookEmailWhatsApp
Subscribe to our newsletter
Sign up here to get the latest news, updates and special offers delivered directly to your inbox.
You can unsubscribe at any time
Leave a comment