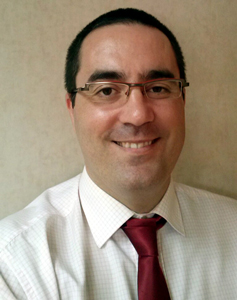 Interview with Daniel Romero, CEO of Tecnogruas, Spain, for Men&Cranes

Cranesy: Lets speak about your blog Tecnogruas.Wordpress, how many years do you write it? What kind of information do followers can find there?
Daniel Romero: This blog was part of our former corporate website. Now the website is currently overhauled, only active part is the blog. We are doing important and radical changes, and in the next weeks something new and fresh will be showed to all the people.

C.: Is crane market in Spain strong? Is there competition with other international suppliers?
Necessary steps to maintain the rhythm of international market? What is the key to success?
D.R.: Spain as a normal market died in 2007. It was one of the strongest markets in the world in many fields: mobile cranes, harbour cranes, tower cranes. Spanish dealers were awarded as the most valuable dealers. All we were happy. But actually situation is very different. Sales in the country remain in unseen low levels, and discourages other competitors to be in Spain.
I would like to see a better market conditions but is not in our hands. Let me remember that in Spain there was a real-estate bubble that crushed many companies. It is true, but also is true that there was a bubble in North America and they are growing.
Traditionally Europe has been a hub in the global machinery market, and turns out that Europe is the only region in the world what is not growing. And this fact is breaking the market. There are demand, but is extremely hard in example, to find machines from 2009, 2010, 2011 because there are no sales. We have an overvalued currency, and this situation is paving the field to Asian manufacturers with cheap currencies. Judge yourself.

C.: Today you have several years of experience in Crane Sector behind you, but how come you’ve been interested in the world of cranes? What were your first steps in this sector?
D.R.: Originally I had studies to be AMT, Aircraft Maintenance Technician, and I did some minor jobs in this field, that I enjoyed a lot. Also gave me special skills in maintenance, technologies, avionics, engines, safety, and specially abilities to read, and understand complicated handbooks, even simple routine like double-check your work. Years later this brought me, in example, the chance to translate manuals that some manufacturers are delivering to the clients.
At that time, my father who was selling cranes and machinery in Barcelona, he was having an impressive domestic growing and finally I decided to follow my father’s activity, going to the next level, from regional activity to national activity and then exporting. That is how I started in this industry, step by step and in silence. First looking for domestic clients and trying to do the best. Years later I had the opportunity to be in many countries in the world in meetings with clients. Actually I’m following same activity.

C.: According to your opinion, what are the mistakes one should avoid to reach success? Tips for young people who want to achieve success at work?
D.R.: Internet, and such technologies are bringing for young people the opportunity to be known for many clients in short time. But this matters little if after your delivery, the customer is disappointed with you and what you said and what you sold. Is essential to be honest and loyal from the very beginning.
My tips for young people are.
1 – Buy a watch. Being punctual is everything in business.
2 – Return calls and answer emails received. Silence is not an answer.
3 – Work to have your business a consistent look and feel.
4 – Don’t try to do it all or you will die.
5 – Don’t work all the time, you need spare time.

C.: Have you always known you wanted to work in the crane sector or as a little boy you wanted to do something else?
D.R.: The only one I knew from cranes world was my father. He backed me always: free to study what it was my passion, and lately gave me all the know-how in the sector.In fact I must acknowledge that I have in my hands, what my family built, sometimes through many sweat and tears. And I’m aware of that. Even after my father is retired, he is still being my senior adviser.

C.: Remember your first earning (I mean when you were a teenager)?
D.R.: Working as cashier during the summer nights, in a parking lot…… how long.

C.: In your opinion, what are the most common mistakes today’s entrepreneurs make?
D.R.: All big companies start off small, but jump straight into execution after having the idea in the shower is a common mistake. Create something that makes money is hard. And is much more than a nice website. Some believe that can become millionaires and then retire. And soon are facing the reality to live within your means, having a company with not enough incomes. We can write a very large list of companies who failed with credit traps.
Anyhow, if somebody is going to start a new venture, I would read before “The Four-Hour Workweek” of Tim Ferriss.

C.: Speaking about you, what is the worst idea you’ve ever had?
D.R.: Fly to China in 2004 to visit some factories, knowing there was a tropical storm active in Japan. I remember there was 10 days raining night and day, and the worst bumpy flights I had ever in my life.

C.: Your idea of TEAMWORK and how does it work with your group? How’s difficult to motivate the employees?
D.R.: By the way I prefer always an small and cohesive group, always outsourcing non-core sales tasks. With that you can move it faster according to your own goals and the market. Close people is easy to keep happy.

C.: What qualities are needed to run a company?
D.R.: Currently courage is what you need with what is going on, salted with cash, good judgment to invest and a little bit of lucky.

Continue Reading
535
Share LinkedinTwitterFacebookEmailWhatsApp
Subscribe to our newsletter
Sign up here to get the latest news, updates and special offers delivered directly to your inbox.
You can unsubscribe at any time
Leave a comment