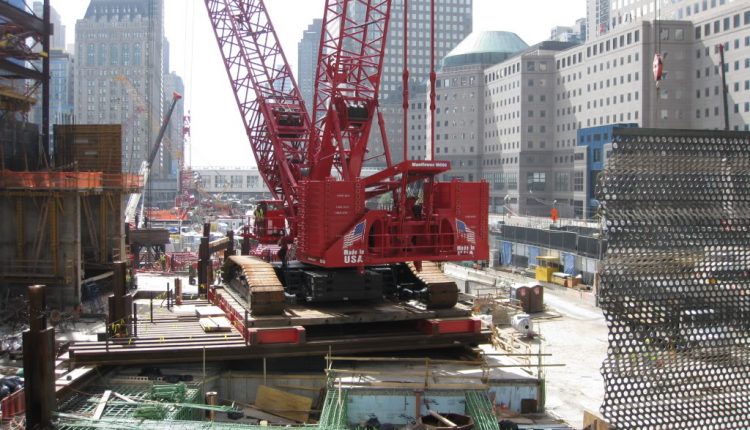 A strong finish for Manitowoc

Manitowoc Crane has reported fourth quarter revenues up over 40 percent on last year and its best quarter since 2008.

Crane sales for the year as a whole were $2.16 billion, an increase of over 24 percent on 2010, driven largely by stronger sales in North America and developing markets. Operating profits for the same period grew by 19 percent to $106.8 million.

Looking at the fourth quarter, the upward trend in revenues gathered pace, jumping nearly 40 percent to $687 million, while operating profits were up by a slightly more subdued 28 percent, to $39.5 million.

The company expects crane sales to increase a further 10 to 15 percent in 2012, with operating profits to improve by 30 to 40 percent.

Chief executive Glen Tellock said: “Given these increased activity levels, we expect continuing growth in 2012 within this business driven by new product introductions, as well as increasing demand in various regions including North America, Latin America, and Greater Asia-Pacific that is partially offset by soft markets in Europe.”

“Additionally, our new manufacturing facility in Brazil, which we expect to come on line by mid-year, should position us well to support the broad-based opportunities throughout Latin America in 2012. As a result, Manitowoc will be the first global crane manufacturer to produce rough-terrain cranes in this region of the world.”

Manitowoc as a whole including the food equipment business reported full year revenues of $3.65 billion, up 16 percent on 2010. While the fourth quarter was 24 percent higher at $1.03 billion.

Speaking of the company as a whole Tellock said: “As expected, 2011 was a transitional year for Manitowoc, but our focus on executing against our strategic imperatives coupled with an on-going commitment to innovation and continuing investments in strategic growth opportunities helped us navigate challenging headwinds.”

“We enter 2012 in a solid position to drive continued growth, building on the momentum we experienced in the fourth quarter. While we are optimistic about the year ahead, a challenging operating environment still lingers. The steps we have taken to improve our competitive position over the last several year’s drives our outlook in 2012 as we endeavour to expand our leadership position and continue to improve our financial strength and flexibility.”

Continue Reading
505
Share LinkedinTwitterFacebookEmailWhatsApp
Subscribe to our newsletter
Sign up here to get the latest news, updates and special offers delivered directly to your inbox.
You can unsubscribe at any time
Leave a comment