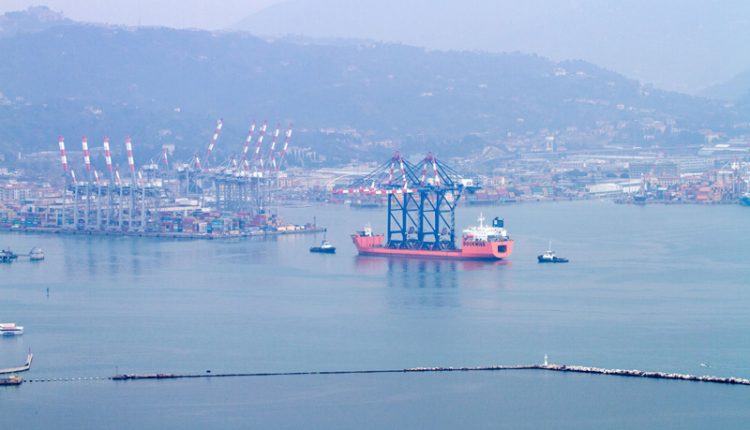 The Contship Italia Group has announced that two new 23 row ship to shore (STS) cranes have successfully been delivered from China to the La Spezia Container Terminal (LSCT).

The investment in LSCT comes as part of a substantial programme to improve infrastructure to operate the increasing number of ULCC ship calls deployed by customers. After a 60-day-long journey from China to La Spezia, the specialised cargo ship TERN berthed at LSCT safely, along with it the two brand new cranes.

LSCT also completed the latest stage in positioning its newly revamped gantry crane on to the berth for final commissioning, the move took just a few hours and didn’t impact on ship operations. The crane will undergo final testing and commissioning set to conclude at the end of the month.

The Italian container terminal has now successfully upgraded a total of 10 gantry cranes in recent years, with help from partner OMG MGM.

Paolo Mussi, LSCT technical manager, recently returned from China after coordinating the dispatch of new crane. Mr Mussi said: “It has been a very busy period for the technical team, performing a vital role of finite planning during live operations. Even if we have previous experience of engineering work in upgrading existing cranes and moving them into position without inconveniencing the service to the customer, this time there is the additional challenge of performing this arrangement at a time when there is a strong volume demand, for both containers and berth space.

“We last did this in August 2012 since which time the number of ULCC ship calls at the terminal has increased. The overall crane dance performance, which started yesterday, involves the positioning of the revamped 20 row crane onto the berth, next week the final 16 row crane will be removed from West and placed in the area assigned to perform the same upgrading work, shortly followed by the arrival of the specialist ship TERN, carrying the new 2 x 23 row cranes, and then at the very end of the month a 20 row crane will be transferred from East to West.”

Continue Reading
470
Share LinkedinTwitterFacebookEmailWhatsApp
Subscribe to our newsletter
Sign up here to get the latest news, updates and special offers delivered directly to your inbox.
You can unsubscribe at any time
Leave a comment