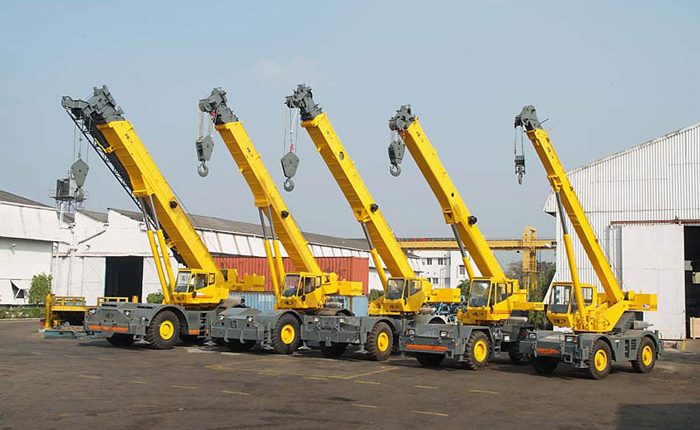 A crane, which is equipped with a derrick or tower, is used to lower and lift materials with the use of pulleys and cable. Heavy equipment manufacturers and the construction industry use cranes in various activities connected with their process.

Cranes used in the construction industry are mostly temporary structures either mounted on a vehicle which is built for the specific purpose of carrying the crane, or fixed to the ground. Cranes may be controlled by various methods such as radio control, infrared control or a built in control station using a push button pendant or by an operator sitting in the cab of the vehicle.

A standardized hand signal is used between the person operating the controls and the workers in the ground. Bigger installations use radio communication for this purpose. Loads can be positioned with great precision using such signals by experienced crew of the crane. Crane vessels or ships often carry the largest revolving cranes. For more info visit [http://www.just-cranes.info]

It is a surprise to note from the carved stone relief in Haterii’s tomb of 1st century Rome, which depicts a monument being built with a sort of crane, that cranes were used in medieval shipyards and ports in Poland.

A crane mounted on a railroad car or on a flatcar is known as railroad crane. Mobile cranes are the most basic and common type of crane, which as the name implies, can be carried easily to any place. Tower cranes are fixed to the ground. These are mostly used in buildings for the best combination of lifting capacity and height. A telescopic crane is capable of lifting lower capacity but can reach greater heights.

To provide greater mobility, a crane will be mounted on a carrier truck and is known as a truck-mounted crane. Whereas the rough terrain cranes, which are mounted on four rubber tires, are capable of pick and carry operations in rough terrain. Crawler cranes are mounted on a set of tracks with an undercarriage and have better stability and mobility.

A suspended crane or overhead crane is used mostly inside factories and they are capable of carrying very heavy loads. In automated and computer controlled warehouses, a stacker crane with a forklift is used.
During bridge or port construction, floating cranes are used. To load or offload awkward or heavy machinery floating cranes are ideal. They are also used in offshore work. Aerial cranes, which are extended from helicopters, are used to lift large loads.

The design of cranes is based on two major considerations. First is to lift specified mass, the second is its stability, and it should not topple over while performing lifting operations.

Continue Reading
868
Share LinkedinTwitterFacebookEmailWhatsApp
Subscribe to our newsletter
Sign up here to get the latest news, updates and special offers delivered directly to your inbox.
You can unsubscribe at any time
Leave a comment