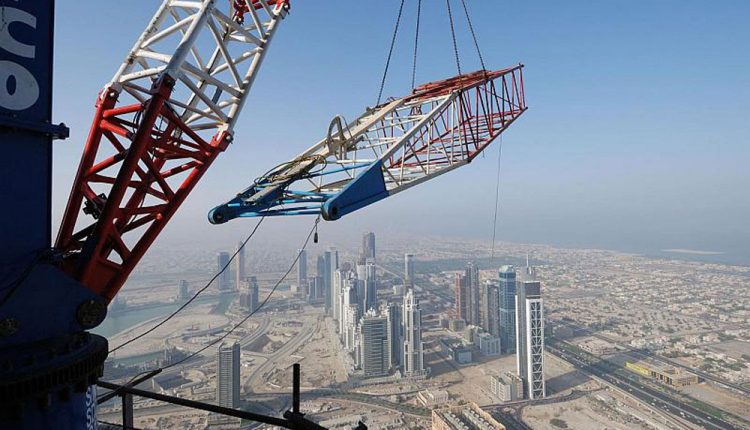 Why we need not fear the cranes in Dubai

It is often slightly amusing to watch new Dubai residents comment on various aspects of their new, somewhat unconventional, city.

I enjoyed one of those moments last Tuesday when during a meeting in a high rise office block a seven-month veteran of Dubai looked out the window and said: “I can’t believe how much building there is here”.
Pointing to a construction site across the road with a building well underway, he said the structure had barely risen above the ground when he arrived last November.
While the example is only typical of Dubai, I noticed something else out of the window: the skyline of cranes had well and truly returned after a short hiatus in recent years.
Indeed, Dubai Municipality reportedly revealed last week there are more than 26,000 structures — from villas to office towers and industrial buildings — under construction in the emirate.

Hotel analysts STR said there are 116 new hotels, with 32,604 rooms being built across the UAE.

New data from Emirates NBD last week supported the anecdotal evidence that Dubai’s construction industry is well and truly picking up again. Its Dubai Economy Tracker Index (a composite indicator designed to give an accurate overview of operating conditions in the non-oil private sector economy) shows the construction sector is at an 18-month high, with scores of 56.2 in May and 57.9 in April.

Output charges in the construction industry also are rising albeit slightly, for the first time in nearly a year.

But what I like about this new uptick – let’s not call it a boom, which infers an inevitable crash – is the unprecedented attention being paid to affordable housing and midscale hotel accommodation. No less than half-a-dozen developers in the emirate are now either focusing on mid-market projects or have launched at least one.

Some developers, including Danube Properties and Sobha Group, are using a new, ambiguous term, “affordable luxury”, to describe their new market offering. It seems from some of their marketing material that the affordability aspect comes from the smaller size compared to some other neighbouring properties. Yet, their quick sales show demand from buyers at the lower-middle end of the spectrum persistents.

Even the emirate’s biggest developer, Emaar Properties, is rolling out 10 mid-market, Rove-branded hotels in just two years, after the mammoth success of its first, opposite Dubai Mall.

Now let’s not kid ourselves; developers have not changed tack because of repeated calls from the public for better value homes or the need to draw more tourists to meet the 20 million target. The fact is, mid-market properties finally make financial sense for developers, who for years had argued that the high cost of land in Dubai made only luxury projects worthwhile.

Demand for completed residences valued at more than $272 per square foot have so far this year increased at a much faster pace (35 percent) than cheaper units (9 percent), according to Global Capital Partners and Reidin, but the affordable housing market still has plenty of room for expansion.

The rental market is also witnessing more flexibility, according to real estate firm Allsopp & Allsopp, which said one-third of its rental clients in May had signed contracts that included four instalments, rather than one, a common complaint among Dubai renters.

Property buyers also are increasingly likely to be end-users and to use a mortgage to partly finance the purchase, Allsopp & Allsopp said.

And if that was not sufficient change for an industry whose health is one of the most important indicators of the status of the entire Dubai economy, new investment vehicles in the form of real estate investment trusts (REITs) are also springing up like wild fire.

All of these fresh approaches to Dubai’s real estate and construction industry prove a determined maturation. So when we see more cranes spotting the skyline these days — and there will be more leading up to Expo 2020 Dubai — we can rest easier.

Continue Reading
689
Share LinkedinTwitterFacebookEmailWhatsApp
Subscribe to our newsletter
Sign up here to get the latest news, updates and special offers delivered directly to your inbox.
You can unsubscribe at any time
Leave a comment