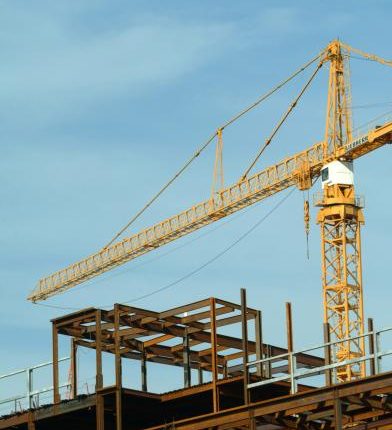 Is Your Tower Crane Weather Prepared?

Tower cranes collapsing due to extreme weather, i.e. wind & rain are not rare occurrences. World-wide, about 15% or 20+ per year of TC collapse are linked to mother nature. Most recently on the island of Cyprus, October 2012 a collapse occurred killing an elderly women an severely injuring her husband while sitting in their car.

Puzzlingly in this case is that winds were reported to be less than 50mph, well under the outof-
service design tolerance. Also noteworthy, of all the weather related incidences, all were overcome
by less wind than designed for. Site personnel error along with mechanical and foundation issues are the primary suspect, but what about crane “Design” – the vast majority of overturns are “ballast” based? Can this be just a coincidence?

Weathervane Principle:
Tower cranes are less prone to blowing over than what one would think by looking at them – as long as one abides by the manufacturer’s instructions, and uses common sense. In general, tower crane are design to withstand a maximum “out of service” wind speed of at least 100mph / 160km. However, in order to do so – a tower crane must be dressed properly, and “Weathervane”, i.e. slew brakes released, trolley left in the inner position, and hook raised with no load. And , equally important, the foundation must be properly designed, constructed, and have sufficient drainage.

In principle; the surface area of the front jib is much larger than the rear jib – or “counter weight” jib, the front jib will follow the wind direction, and the cw jib will point against the wind. This orientation minimizes the surface area thereby reducing the wind “pressure” exerted on the upper structure. Furthermore, tower cranes are substantially counter weighted. A typical tower crane will with zero hook load have a reverse moment which is equal to the forward moment when the crane has its full design load at max radius. As a consequence a tower crane will be in balance, i.e. there is zero moment, when the crane has half its full design hook load at its max radius.

This combination of jib direction, along with the substantial ( counter-weights ) reverse moment – when out of operation and free to weathervane – comes into helping a tower crane resist high winds. Additionally, the larger the crane the more counterweight opposing the wind load, i.e. the higher wind speed it will tolerate. Simply put; It takes some wind to overcome the reverse moment, it takes more wind to equal full load moment, and it takes yet more wind to overcome the strength of the mast & foundation.

Proactive Steps!
It is possible for “anyone” to tell from the ground whether or not a tower crane is in weathervane simply by looking for tell-tale signs such as the direction of roof-top flags or other tower cranes near by. There are several reasons for a crane not to weathervane; first and foremost is the operator simply not initiating it, next would be electrical or mechanical issues, and most serious – a problem with the slew bearing.

Depending on the crane model, the weathervane can be engaged either manually, electrically, or both. BEWARE, just because you have engaged a weathervane system, ( press a button or pull a lever ) this does not ensure that the brakes are in fact released. Therefore, it would be prudent to perform a functional “motion test” – upon erection and thereafter – periodically, and or especially prior to an incoming storm. Additionally, a good habit to adopt is at the end of each work day; take the time to leave your crane with the direction of the prevailing winds. This will help minimize the odds (Murphy’s Law) for instance; let’s say you leave a crane pointed directly into a mild wind assuming that the weathervane will naturally turn the crane accordingly – – overnight a severe storm moves in with wind direction unchanged, ?? Another one bites the dust!

Verifying Brake Release – “Weathervane”:
– On a windy day before climbing down, park the crane perpendicular to the wind – set the weathervane – the jib should turn with the direction of the wind.
– On a day without wind, swing the crane gently – while in motion, weathervane the crane – and then turn off the power  – the crane should continue to swing freely. (This may not be possible with some crane models)
Additional Measurers:
– Take forecasted weather alerts seriously, be prepared for worst case scenarios.
– Unnecessary “advertising” banners fixed to TC can add significantly to the wind pressure, remove permanently!
– Add-on structures that are not engineered, along with unsecured items should be removed permanently!
– TC Foundations play a vital roll in it’s stability, so it is critical that it is maintained to the engineers specifications.
Also, measures must be taken to prevent water from eroding surrounding bearing soil, sufficient drainage is essential!

Continue Reading
featured
900
Share LinkedinTwitterFacebookEmailWhatsApp
Subscribe to our newsletter
Sign up here to get the latest news, updates and special offers delivered directly to your inbox.
You can unsubscribe at any time
Leave a comment