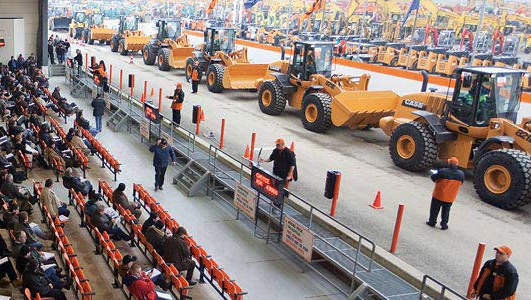 The company plans to release its full audited financial statements and Management’s Discussion and Analysis for 2013 on March 4, 2014.

“We achieved some notable milestones during 2013,” said Peter Blake, CEO of Ritchie Bros. “In Canada, our most established market, we continued to grow and again surpassed gross auction proceeds of over $1 billion. We also held our first auctions in both China and Finland, and reached a new record for online bidders and buyers. In fact, our online bidders purchased more than $1.4 billion of equipment in 2013, or approximately 37% of our total sales. We’re pleased that our customers are finding convenience through our online bidding option, and comfort in the ability to test and inspect the equipment being sold in our yards before each auction. More than 43,000 consigners trusted us to sell their equipment at our industrial auctions during the year, and over 425,000 potential buyers registered to bid on items.”

Mr. Blake continued, “Having made important investments in our auction platform over the last several years, our worldwide network of 44 sites is now extremely well equipped to handle expanding auction volumes. Our focus going forward is on driving growth in gross auction proceeds to deliver the earnings leverage that exists in our model.”

Continue Reading
335
Share LinkedinTwitterFacebookEmailWhatsApp
Subscribe to our newsletter
Sign up here to get the latest news, updates and special offers delivered directly to your inbox.
You can unsubscribe at any time
Leave a comment